Let me begin by sharing my view that the hundreds of Orthodox Jewish mourners who shoehorned themselves into a single city block in the Williamsburg section of Brooklyn Tuesday were in the wrong. The man whose life they had come to celebrate, Rabbi Chaim Mertz, died of a COVID-19 infection. The cause of death should alone have been a grave reminder of the danger of congregating in such tight quarters amid a worldwide pandemic.

That said, Mayor Bill de Blasio’s reaction to the outpouring was way out of line. He tweeted this crass warning, which he tried to smooth over at a press briefing the next morning by insisting, “People’s lives were in danger right before my eyes. It was tough love.”

My message to the Jewish community, and all communities, is this simple: the time for warnings has passed. I have instructed the NYPD to proceed immediately to summons or even arrest those who gather in large groups. This is about stopping this disease and saving lives. Period.

Notice that he claims in the tweet to be addressing “all communities,” but his past messages tell a different story. Consider this one, tweeted last week: 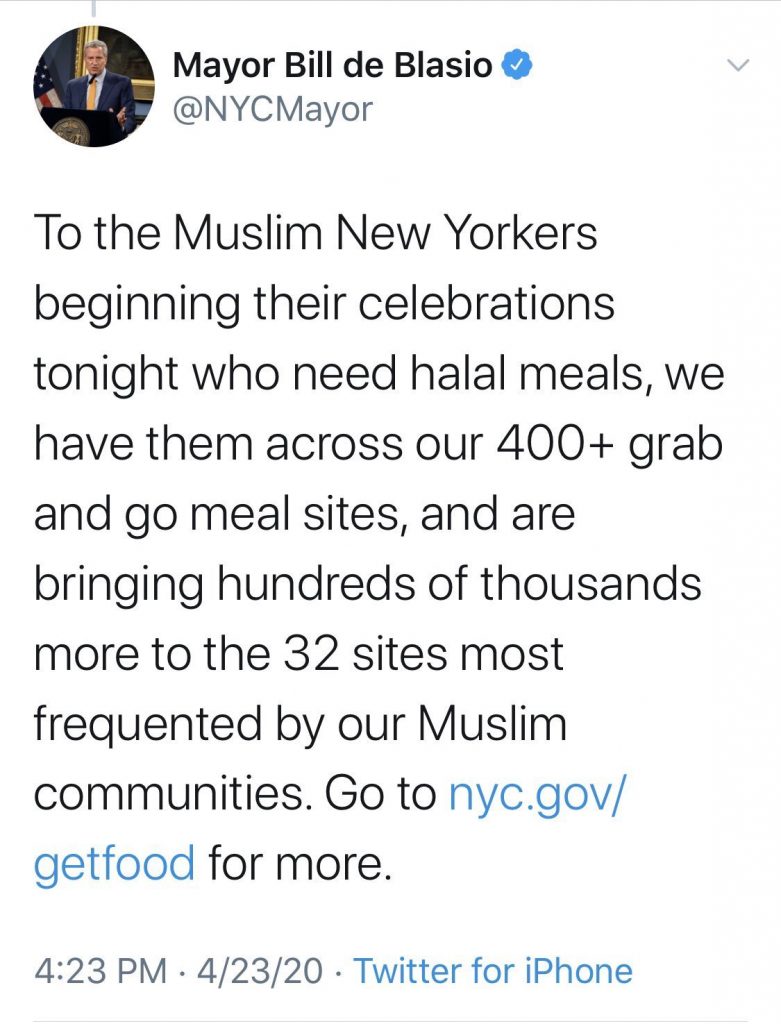 The original message appears to have been deleted from the mayor’s Twitter account, but as has been noted before the internet has a long memory. As for the tweet, if my math skills are sound, “hundreds of thousands of” meals spread across 32 sites works out to thousands of people per site.

But his hypocrisy isn’t limited to his unequal treatment of religious groups in New York. As the Daily Mail explains, de Blasio had no criticism for the huge throngs that assembled on Wednesday in Carl Schurz Park, a few blocks from the mayor’s residence in Gracie Mansion, to watch a flyover by the Navy´s Blue Angels and the Air Force’s Thunderbirds.

Former ICE chief warns a Biden victory would lead to ‘chaos’ at the border
Next Post
‘MeToo founder: Yes, all victims deserve to be heard and believed … except Biden’s accuser 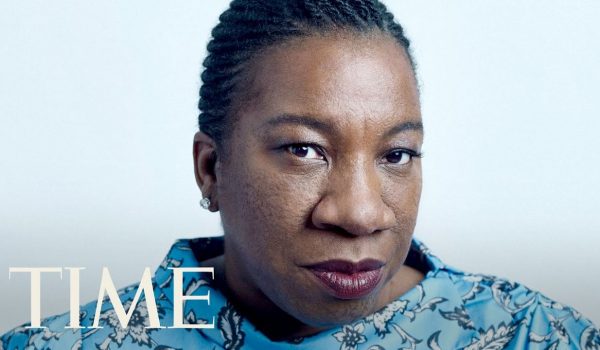