“Allahu akbar” and acts of beheading, terror and murder and threats of “make dead”-ing… These are a few of Rep. Ilhan Omar’s favorite things.

The freshman congresswoman shared a semi-literate list of things “I am” last weekend that caught the attention of Sen. Ted Cruz among others. But Cruz was quick to point out the one label Omar omitted from her list: “American.”

“I am … Hijabi Muslim Black Foreign born Refugee Somali,” Omar wrote before mocking opponents with the false suggestion that such traits are why she is despised by the Right.

“Easily triggering conservatives, Right-wing bloggers, anti-Muslim bigots, tinfoil conspiracy theorists, birthers, pay me a [Banknote] to bash Muslims fraudsters, pro-occupation groups and every single xenophobe since 2016,” she continued in stream-of-consciousness (unconsciousness?) fashion. Her message concluded for some reason with a GIF of her shouting, “Hello! Hello!”

It was all a bit psychotic, but perhaps nothing was more ludicrous than the suggestion that the Right pays her “to bash Muslims.” This is, after all, the same woman who tweeted that American support for Israel is “all about the Benjamins.”

The tweet is also a shot at those who have dared mention a reported ongoing investigation into whether Omar married her own brother as a means to skirt immigration laws.

Omar denied these allegations. But those “tinfoil conspiracy theorists” she speaks of – the ones carrying out the investigations – work at Immigration and Customs Enforcement (ICE) and the FBI.

Cruz jumped in and pointed more of the obvious about Omar’s little list. “She is a sitting member of the US Congress. But, in today’s Leftist world of intersectionality, ‘American’ is deemed embarrassing & gauche.”

In fact, Omar has suggested Americans are not smart enough to understand what Democrats are trying to do for this country and said living life in America “is an everyday assault.” Those are the kinds of things that infuriate patriotic Americans, congresswoman. Not the things you’re hoping will. 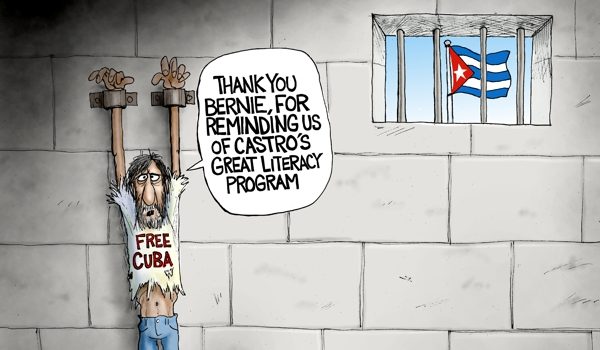