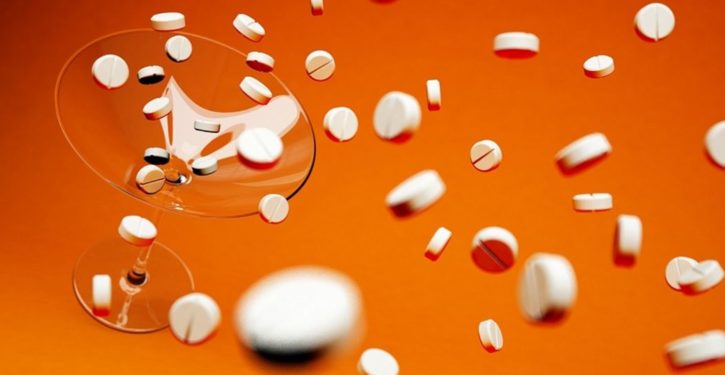 A company can’t legally require its law firms to meet racial and sexual quotas. But the giant multinational drugmaker Novartis is doing just that, in violation of the law. Law360 reports: “Novartis AG on Wednesday said it has chosen nearly two dozen preferred law firms that have agreed to diverse staffing requirements for each legal matter, with the understanding that the pharmaceutical giant will deny a portion of payment [15%] for failing to hit the goals.”

Novartis is setting racial and sexual percentage goals for partner time and associate time. Its Nov. 12 announcement explains that law firms had to make “specific diverse staffing commitments for each engagement (and in any event commit that not less than 30% of billable associate time and 20% of partner time will be provided by females, racially/ethnically diverse professionals, or members of the LGBTQ+ community, with an expectation that such commitments will move to parity over the next several years).” The law firms that agreed to do this included some of America’s most famous law firms, like Morrison & Foerster and Wilmer Cutler Pickering.

The “goals” contained in these “diverse staffing requirements” are illegal quotas. Goals are another name for quotas, as courts have recognized. Quotas are illegal when they are employed to promote diversity. As a federal appeals court explained, “We do not think it matters whether a government hiring program imposes hard quotas, soft quotas, or goals. Any one of these techniques induces an employer to hire with an eye toward meeting the numerical target,” which is what is objectionable about quotas. (See Lutheran Church–Missouri Synod v. FCC, 141 F.3d 344 (D.C. Cir. 1998)).

The Supreme Court has ruled that the use of racial quotas to promote “diversity” violates not just the Constitution, but also a federal law, 42 U.S.C. 1981, which bans racial discrimination in contracts by either public or private entities. (See Gratz v. Bollinger, 539 U.S. 244, 276, footnote 23 (2003)).

The fact that Novartis merely reduces payments to law firms that fail to meet quotas, rather than firing them, doesn’t change things, because it is still using numerical targets to incentivize quotas. Section 1981 forbids numerical point systems that function like quotas, too. (See Gratz v. Bollinger, 539 U.S. 244, 276 n.23 (2003)). Using race to promote diversity may also violate another federal law, Title VII. Title VII permits more use of race in hiring than Section 1981 does, to remedy a manifest racial imbalance in a workforce. But promoting diversity is not the same thing as remedying a manifest racial or sexual imbalance in a workforce, so some appeals courts have ruled that diversity isn’t a valid reason under Title VII for an employer to use race or sex in hiring or firing decisions. (See, e.g.,  Messer v. Meno, 130 F.3d 130 (5th Cir. 1998); Taxman v. Board of Education, 91 F.3d 1547 (3d Cir. 1996)).Federal laws like Section 1981 usually create liability not just for direct violators, but also individuals or entities that collude with the violator, or pressure it to engage in the violation. (See, e.g., Adickes v. S. H. Kress & Co., 398 U.S. 144 (1970)).So Novartis can be sued under Section 1981 by white lawyers who lose work as a result of its quotas, even though Novartis isn’t their direct employer. Those law firms may also be able to sue Novartis if it cuts their payments for not illegally discriminating based on race or gender. Federal appeals courts have allowed institutions to sue over rules imposed by third parties that punished them for not engaging in reverse discrimination against their employees, or incentivized racial quotas. (See Lutheran Church–Missouri Synod v. FCC, 141 F.3d 344 (D.C. Cir. 1998)).

Title VII only allows people to sue an “employer,” so it might seem on first glance that Novartis can’t be sued. After all, it is not the employer of any male lawyer who loses work due to Novartis’s gender quota.

But it turns out that employees can sue an employer other than their own employer under Title VII when that other employer interferes with their own employment. For example, a male nurse was allowed to sue a hospital, even though it wasn’t his own employer. He had been referred to care for a female who was a patient in the defendant hospital. The hospital refused to allow him into its facility to care for her, and he sued the hospital alleging sex discrimination under Title VII. An appeals court allowed him to sue the hospital even though it wasn’t his employer. (See Sibley Memorial Hospital v. Wilson, 488 F.2d 1338, 1340 (D.C. Cir. 1973)).

The hospital took the position that “since no direct employment relationship between itself and appellee [Wilson] was ever contemplated by either of them, it is not an employer under the Act with respect to him.” In deciding against the hospital’s position, the appeals court concluded as follows:

To permit a covered employer to exploit Circumstances peculiarly affording it the capability of discriminatorily interfering with an individual’s employment opportunities with another employer, while it could not do so with respect to employment in its own service, would be to condone continued use of the very criteria for employment that Congress has prohibited.

Novastis’s quotas are aimed at promoting “diversity,” which is not a valid reason for using quotas. It is worth noting that quotas are constitutionally permitted in extremely rare circumstances, to remedy systemic, obstinate racial discrimination by an institution. But there is no sign that any of the law firms covered by Novartis’s quota have engaged in any such discrimination. And quotas cannot be used to promote “diversity.”

So the fact that these law firms may not have many minority lawyers doesn’t show “discrimination” that Novartis can “remedy” with a racial preference — much less allow it to impose racial quotas on those law firms.

Moreover, Novartis can’t rely on a remedying-discrimination rationale to justify its quotas, when that wasn’t its motive for imposing them, but rather, diversity was. The Supreme Court has ruled that if something wasn’t your actual motive for using race, you can’t rely on it as a justification, even if minorities really were discriminated against. (See Shaw v. Hunt, 517 U.S. 899, 908 n.4, 910 (1996)).

Latino support for Trump is real — and it’s a problem for Dems
Next Post
U.S. cracks down on state-controlled Chinese media over propaganda concerns