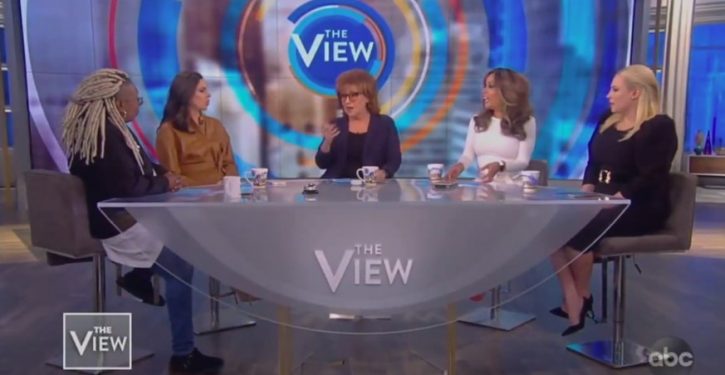 The 'ladies' of 'The View' (Image: Twitter screen grab)

Co-host of “The View” Joy Behar could hardly contain her glee when revealing that Richard Spencer, a white supremacist, announced that he regrets voting for President Trump.

We’ve entered a parallel universe when the ladies start singing the praises of a racist solely because they want to prove ‘orange man bad.’

Spencer has an issue with the president’s actions involving Iran. To prove it, he added an Iranian flag to his Twitter profile name.

“What’s some good news?” Behar asked. “You remember Richard Spencer? He’s basically the organizer of “unite the right,” the white nationalist group that was marching in Charlottesville, was all in for Trump. Not anymore!”

She proceeded to read Spencer’s statement via Twitter that he “deeply regret(s) voting for and promoting Donald Trump in 2016.”

The audience cheering a white supremacist is utterly cringeworthy.

Behar is under the misguided notion that if President Trump loses the support of white supremacists then he’ll lose in 2020.

But Democrats already oppose him, so there’s that.

“Wow!” she said excitedly. “That’s interesting. Trump ran on not invading and not being a warmonger. These people. They’re the ones that are gonna go.”

Behar, consistently three beers short of a six-pack, doesn’t even realize that by celebrating this clown, she’s siding with a white supremacist. Which, as the media has noted for some time, means you simply have to be guilty by association, correct?

Richard Spencer was indeed behind the rally in Charlottesville, which President Trump explicitly denounced.

There’s also a racist reason behind Spencer’s lack of support for Trump’s Iran policy. “Neo-Nazis are hardline nationalists that don’t believe we should be spending money on anything to do with brown people,” New York Magazine reporter Yashar Ali explains. “If Austria was under attack by Iranians, Richard Spencer would have no issue with the US sending in troops.”

But he hates Trump, so everything is cool.

Today on its valuable airwaves, CNN gave a platform to white nationalist Richard Spencer. There is literally nothing productive Spencer brings to the conversation. Whoever made this shameful decision should be fired. https://t.co/rKTTyc1OUY pic.twitter.com/o060SS47ZD

CNN, like “The View,” has also used Spencer to tout white nationalist support for President Trump. But Spencer again didn’t seem to be behind the president. Spencer told CNN he now thought “Trump was talk and no action” when it came to being an alleged racist. 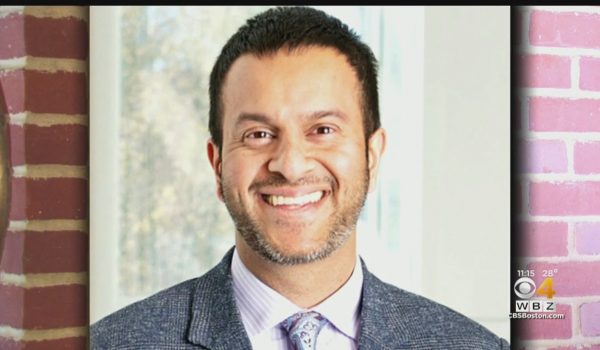