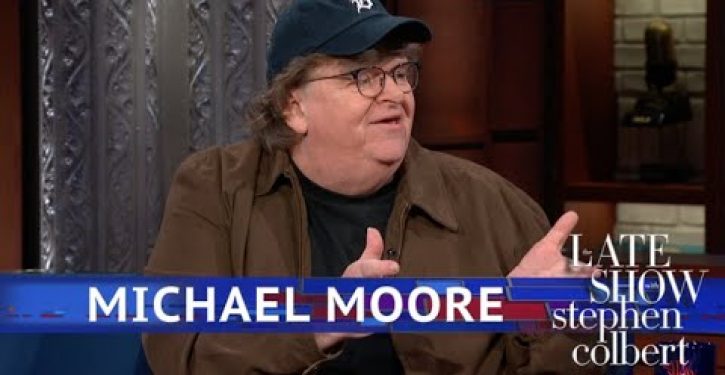 It’s unclear whether Iranian President Hassan Rouhani or his boss and de facto ruler, Ayatollah Khameini, have any idea who Michael Moore is, much less listened to the “Emergency Podcast” he delivered this weekend. The 20-odd-minute (very odd!) spiel was a plea to the Iranian leadership to allow Moore and his fellow Trump-hating liberals to take out Donald Trump instead of the regime. You can listen to the podcast here.

If you’re wondering what weapons Moore at al. plan to use to depose the president, you haven’t been paying attention. The overfed 65-year-old “documentarian” and his followers don’t believe in violence. Instead, he is asking the Iranians to allow Congress (via impeachment) or the American people (via election) to remove Trump — which Moore seems to feel confident for some reason will happen. (RELATED: Actress blasted for ‘Dear Iran’ tweet calling America a ‘terrorist regime’) He wasn’t quite so confident last month when he predicted that Trump would win reelection:

The funniest part of the address — and the one that reveals the depth of Moore’s understanding of how the Islamic Republic rolls — is when he says:

I am asking you to try what Martin Luther King and Gandhi said requires the most amount of courage, which is to respond with non-violence. I am asking you to leave this up to me, give me all of 10 months and I and millions of Americans will remove Trump from the White House.

So is Moore equally confident he will hear back from the Iranian leadership? According to a note to his followers on Instagram in which he writes, “When the Ayatollah responds, I’ll post his reply,” the answer is yes.

I think it would be only proper and fitting if the Ayatollah invited Moore to Tehran to discuss his novel plan. That way Moore could get an up-close and personal glimpse of just how peaceful life is in the Islamic Republic. Maybe he could even make a film about it — provided he live long enough. 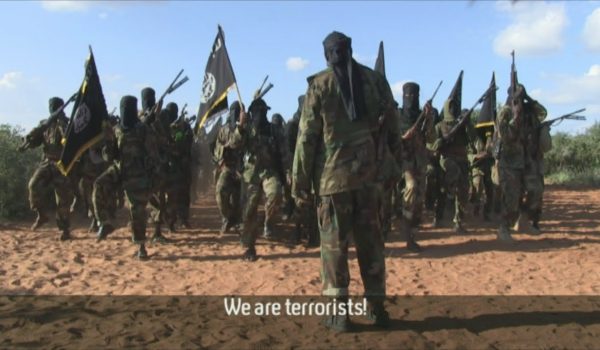