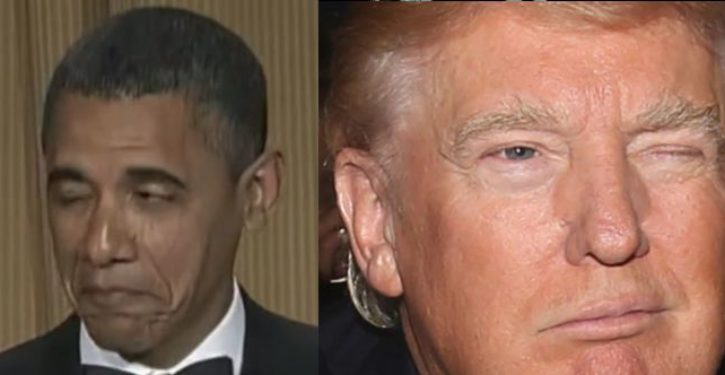 Congressman John Ratcliffe (R-Texas) responded to a challenge to defend foreign interference in our elections by pointing out it was Barack Obama who did so first.

Ratcliffe responded by dismissing the notion that this would amount to some sort of new political tactic, pointing out Democrats seemed OK with it when the previous president did exactly the thing they are accusing Trump of.

“I want to recognize my colleague from Georgia, Mr. Johnson’s, question that he asked before. Is it ever OK to invite a foreign government to become involved in an election involving a political opponent?” Ratcliffe said, then answered “The answer is yes! It better be. We do it all the time.”

He went on to explain:

Have you that quickly forgotten how the Trump/Russia investigation proceeded? The Obama administration asked Great Britain and Italy and Australia and other countries to assist in its investigation of a person who was a political opponent from the opposite party.

From a Hill report this past June:

In July 2016, the Obama administration accepted unsolicited information from Alexander Downer, an Australian diplomat who just happened to have helped arrange a $25 million government donation to the Clinton Foundation years before. Downer said that he had witnessed a Trump campaign aide, George Papadopoulos, bragging about some dirt that the Russians supposedly had on Democratic candidate Hillary Clinton.

Just three months later, the Obama Justice Department approved a FISA warrant to spy on the Trump campaign based on a dossier written by Christopher Steele, a retired MI6 intelligence agent from Great Britain.

Indeed, President Trump in September accused Obama of soliciting foreign assistance to damage his 2016 campaign. “Well, that’s what he did, isn’t it?” Trump said. “Really, when you think about it, that whole witch hunt was started, and hopefully that will all come out.”

Ratcliffe even went so far as to point out that former presidential candidate Eric Swalwell asked for foreign aid against his political opponent, Donald Trump. “We have a member of this committee who was — as a member of this committee and the intelligence committee, investigating his political opponent, Donald Trump, at the very moment he was running to replace him as president,” Ratcliffe revealed.

Ratcliffe has previously accused the Obama administration, despite Democrat efforts to portray President Trump as the criminal, of actually committing crimes in concocting the entire Russia investigation.

“I’m not going to accuse any specific person of any specific crime, I just want there to be a fair process to get there,” Ratcliffe told Fox News. “What I do know, as a former federal prosecutor, is that it does appear that there were crimes committed during the Obama administration.”

This seems to be common knowledge at this point. The question is – when is somebody from the Obama era going to be held accountable? Why is President Trump constantly on the defensive when it’s Barack’s cronies who should be?

Here’s the video of Ratcliffe’s remarks.

Ted Cruz: It’s the ‘beginning of the end’ for House impeachment ‘show trial’
Next Post
How Biden kept screwing up Iraq — over and over and over again