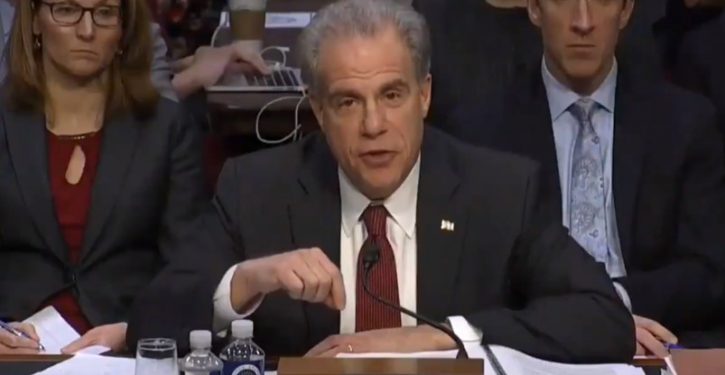 CNN should consider changing its slogan from “Facts first” to “Facts only when they serve our far-left agenda.” Granted, its not as snappy, but it contains a germ of truth — something that is sorely lacking in most of the cable network’s reportage.

As evidence of its duplicity, consider that CNN refused to air the start of the Senate Judiciary Committee Hearing on FISA abuse, including a scathing opening statement by Chairman Lindsey Graham and testimony by Justice Department Inspector General Michael Horowitz.

After providing nearly unlimited airtime to Adam Schiff and Nancy Pelosi’s impeachment charade, the network made the journalistic decision not to air an equally important story regarding the mistreatment of President Trump and his campaign.

“A perfect example of how bias works. It’s not just what they cover. It’s what they don’t cover.”

What CNN Failed to Show You

If you missed Sen. Graham’s opening statement because you were under the impression CNN was an impartial network not motivated by selective bias and chose to watch their coverage, you missed quite a bit.

Graham, with the background of the IG report revealing the FBI’s massive FISA abuse and spying into Trump’s 2016 campaign, was on the offensive.

On Tuesday, Graham eviscerated the James Comey-led FBI for operating like a “criminal enterprise” in their efforts to investigate collusion between President Trump’s campaign and Russia.

On Wednesday, he reiterated that thought in his 40-minute, unscripted opening speech.

“What has been described as a few irregularities becomes a massive criminal conspiracy over time to defraud the FISA court, to illegally surveil an American citizen and keep an operation open against a sitting president of the United States,” Graham said, “violating every norm known to the rule of law.”

He also managed to get Horowitz to admit that he cannot rule out political bias as motivation for some of the actions taken by those involved in the FISA abuse.

It seems like some very important information that the American viewing public might want to know, CNN.

“After three years of false reporting about President Trump, CNN’s failure to cover the start of IG Horowitz’s hearing is emblematic of their and the rest of the media’s continuous blunders throughout covering the Russia smear,” Steve Guest, Rapid Response Director for the RNC said in a statement.

Like every other mainstream outlet, CNN isn’t interested in facts or the truth. They’re interested in distributing a narrative as an arm of the Democrat party.

Lefty writer: Face it, the IG report is damning for the FBI, Adam Schiff, much of the media
Next Post
Dem rep: We will push impeachment again if Trump wins