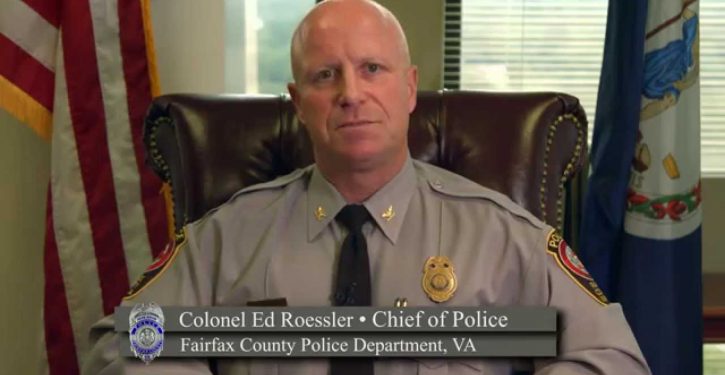 A police officer in Fairfax County, Virginia has been suspended for the transgression of aiding Immigration and Customs Enforcement (ICE) in detaining an illegal alien fugitive.

If this isn’t proof that right is wrong and up is down in liberal sanctuary cities and counties, we don’t know what is.

The officer in question responded to a traffic accident in Alexandria two weekends ago when he realized one of the drivers did not have a license. In the course of checking the individual’s DMV records, ICE notified the officer that the person was wanted by the law enforcement agency for having skipped a deportation hearing.

The police officer let ICE know of the situation and a pair of agents who happened to be in the area arrived on scene. (RELATED: Ocasio-Cortez Scolded During Testimony by Former Obama ICE Chief Over Hatred of ICE)

Fairfax County Police Chief Edwin Roessler was so distraught that one of his officers followed protocol as established by the Department of Homeland Security (DHS) that he ordered an immediate investigation … into the officer!

“Our county is one of the most diverse counties in the nation and no one should have the perception that FCPD is acting as a civil immigration agent for ICE,” Roessler said in a statement. “This matter damages our reputation and the longstanding policy that I have stated many times that our officers shall not act as immigration agents.”

And he said this without realizing it was he – not the officer – who was damaging his department’s reputation. (RELATED: ‘Protecting Criminals Is Lawlessness’: Former ICE Chief Blasts Sanctuary Cities)

Fairfax County became a so-called “sanctuary” county in 2018. The county GOP noted at the time that the term sanctuary really applies only to illegal aliens, not the legal residents in the area.

“The Democrat-controlled Board of Supervisors have officially declared Fairfax a Sanctuary County,” they wrote. “In doing so [they] have put the lives of Fairfax residents at risk.”

“[They are] sending a message that she would rather protect criminal illegal aliens than Fairfax residents.”

Not only that, they are now sending a message that people who enforce the law are actually the criminals.

Eleven members of MS-13 in June of 2018 were charged in connection with the kidnappings and deaths of two teens in Fairfax whose bodies had been found in a local park.

In June the previous year, ICE placed a detainer on a 22-year-old illegal immigrant who was accused of killing a 17-year-old Muslim girl in Virginia. He was sentenced to life in prison after admitting to bludgeoning her with a baseball bat, raping her and then dumping her body in a pond.

These are the kinds of animals Democrats in Fairfax County are protecting. 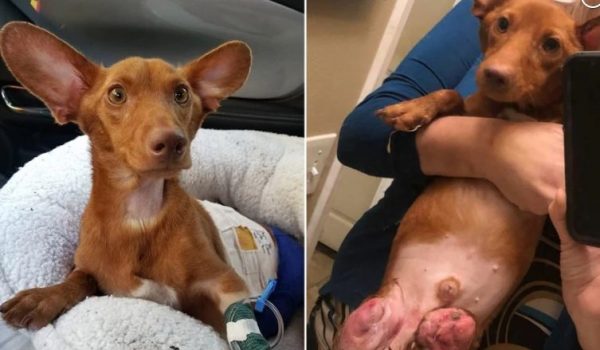