A day after she opined on social media that Donald Trump should be “imprisoned and placed in solitary confinement,” Democratic California Rep. Maxine Waters was back Wednesday to revive the conspiracy theory about President Donald Trump colluding with the Russian government in the 2016 election.

Contrary to Waters’s assertion, special counsel Robert Mueller’s investigation found no evidence of collusion between Trump and Russia in the 2016 election.

Waters also blamed Trump for death threats that she has received.

“He is setting some of us up to be killed. I have death threats constantly. There are a number of people who have been convicted for threatening to kill me. And when he does that, he’s dog whistling to the white supremacist, the KKK and the dangerous people,” she said.

“We have stories about many of those white supremacists who do nothing but practice how they are going to be involved in a civil war and fight against its government. And this president is irresponsible in so many ways, aside from making us a target of these white supremacists and those who would kill us in a civil war,” the congresswoman continued.

Waters has been calling for Trump’s impeachment since before he even took office. She expressed her desire Tuesday to see Trump “imprisoned” and “placed in solitary confinement.”

“Im calling on the GOP to stop Trump’s filthy talk of whistleblowers being spies & using mob language implying they should be killed. Impeachment is not good enough for Trump. He needs to be imprisoned & placed in solitary confinement. But for now, impeachment is the imperative,” she wrote on Twitter. 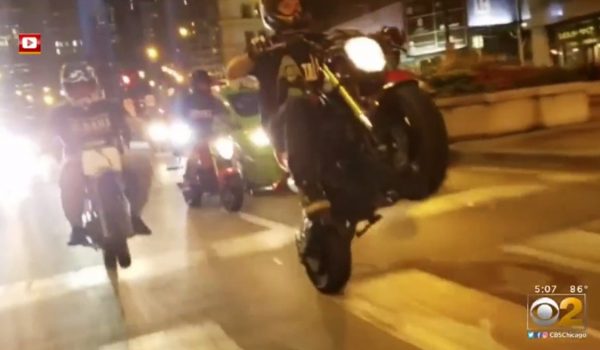