Freshman Rep. Rashida Tlaib (D-Mich.) evidently wasn’t enough of an embarrassment to herself and her party when she called the president of the United States one of the grossest obscenities in the English language shortly after taking the oath of office in January. Last Friday, the loose cannon led a crowd of angry Trump protesters on the East Lawn of the Capitol in a recitation of her signature vulgarity.

Footage shared by Roll Call shows Tlaib inciting the crowd by beginning the phrase with “Impeach the …” while the unhinged loons in the crowd shouted back responsively, “…motherf*cker!” (RELATED: Viral Video Shows Crazed Rashida Tlaib Being Dragged Out of Trump Campaign Event in 2016)

The chant harks back to January when, hours after she was sworn in as a freshman lawmaker, Tlaib riled up supporters by shrieking the same phrase.

“When your son looks at you and says: ‘Momma, look, you won. Bullies don’t win.’ And I said, ‘Baby, they don’t,’” Tlaib told a crowd of adoring fans at the time. “Because we’re going to go in there, and we’re going to impeach the motherf*cker.”

Your son must be so proud.

Tlaib, following the lead of presidential candidate Beto O’Rourke, has now tried to capitalize on her “slogan,” selling t-shirts with the phrase emblazoned on them.

“Lean in with me to hold this lawless President accountable,” Tlaib tweeted earlier in the day. “Together, we will fight back and protect our democracy. Our country depends on it!

She added, “And yes you can even wear what you feel.”

Well sure, if you’re like Tlaib and have absolutely no shame, are unable to control your emotions, and your vocabulary limits you to words and phrases commonly uttered in an NBA locker room, then yes, you too can “wear what you feel.” (RELATED: Trump on Tlaib Video: We’re Not Dealing With a Sane Person Here)

Lean in with me to hold this lawless President accountable. Together, we will fight back and protect our democracy.

Our country depends on it!

…and yes you can even wear what you feel https://t.co/8C3BUfp1kf pic.twitter.com/QwBADidAHo

Tlaib is thriving in the gutter and bringing her fellow Democratic lawmakers down with her.

Where are the calls from level-headed members of the party to denounce this kind of childish behavior? Where is House Speaker Nancy Pelosi to get control of these radical extremists in the “Squad”?

Video surfaced in July of Tlaib being forcibly dragged out of a Trump campaign event in 2016 by Secret Service agents. And it was every bit as unhinged as you might expect.

The president, upon seeing the video of Tlaib being dragged away, wanted to know what normal person would have voted for this train wreck?

Good question. A better question is whether anyone in her Michigan district will vote for her again. At this juncture, it’s not looking good. 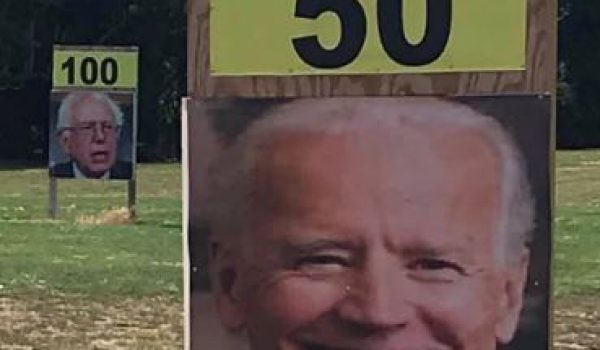