Talk about killing, liberals have gone so far left in their America and Trump hatred that they are killing satire.

The New York Representative’s comments came during a House Oversight subcommittee hearing into the administration’s decision to stop considering requests from illegals seeking to remain in the country for medical treatment.

“Is targeting and changing policy to specifically target people with life-threatening diseases for deportation essentially killing them through deportation?” the radical Democrat asked. “Would you characterize that as cruel?”

“I would,” Wadhia replied.

Talk about shifting responsibilities. Ocasio-Cortez then claimed the process of deportation was “quite literally killing people.”

“This is a cruel policy change and this fits a pattern that we have been seeing over and over again before this committee of a culture and policies specifically, almost animated by cruelty,” she claimed without evidence.

“We hear over and over again, and we’ve heard it today from folks across this committee, that they’re under-resourced, that we have to continue dumping billions of dollars into enforcement, into putting children in cages, into a system that is quite literally killing people.” (RELATED: Steve King Mocks Ocasio-Cortez, Takes a Drink From Migrant Detention Center Sink)

.@AOC says the Trump Administration denying entry to migrants with disabilities is "essentially killing them through deportation" pic.twitter.com/D6iDXF9NkE

She took a wild leap in logic and plunged directly into the abyss.

Whether it’s comparing holding centers to “concentration camps,” border patrol agents to Nazis, or now claiming President Trump is intentionally killing illegal aliens, the freshman congresswoman has demonstrated a flair for the dramatic, albeit at the expense of having a firm grasp of reality.

Ocasio-Cortez’s comments are reminiscent of those made by Democratic Rep. Lauren Underwood, who also has accused the Trump administration of intentionally killing illegal alien children.

“At this point, with five kids that have died, 5,000 separated from their families, I feel like, and the evidence is really clear, this is intentional,” Underwood alleged during a hearing of the House Homeland Security Committee in May. “It’s a policy choice being made on purpose by this administration, and it’s cruel and inhumane.” (RELATED: Ocasio-Cortez Says Trump ‘Directly Responsible’ For El Paso Shooting)

Rep. @LaurenUnderwood: "With 5 kids that have died, 5,000 separated from their families, I feel like the evidence is really clear that this is intentional. It's intentional, and it's a policy choice being made on purpose by this administration." https://t.co/C5Doo7vn96 pic.twitter.com/WeNzCGOFVY

Underwood’s comments were quickly stricken from the record. Why weren’t Ocasio-Cortez’s?

Former ICE Chief Thomas Homan did take her to task later in the hearing.

“In my 34 years I have never seen such hate toward law enforcement agency in my life that you want to abolish them rather than do your job and legislate,” he chastised. 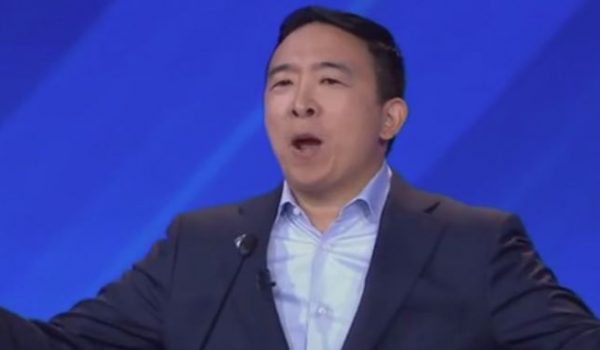