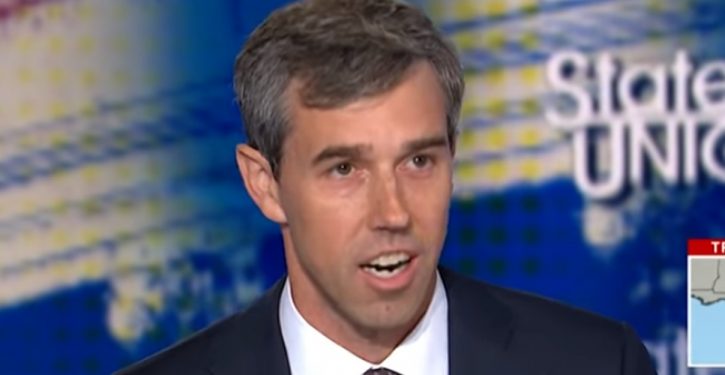 That was quick. Talk about a just-in-time supply operation.

On Saturday, Democratic presidential candidate Beto O’Rourke set social media alight with his incisive reaction to the horrendous mass shooting in Odessa, Texas, which has so far left seven dead and another 22 injured.  Authorities have identified 36-year-old Seth Ator as the accused killer, who was himself killed afterward in a nearby movie theater parking lot, in a shootout with police.

During a campaign stop in Virginia on Saturday, O’Rourke won a round of applause by dropping an F-bomb as he spoke about the mass killing.

We don't know how many have been killed. We don't know the motivation. But here's what we do know: This is fucked up. pic.twitter.com/NRvyPfUjiM

Speaking on CNN’s State of the Union Sunday morning, O’Rourke reiterated his point to Dana Bash (transcript by Politico):

The rhetoric that we’ve used — the thoughts and prayers that you just referred to — it has done nothing to stop the epidemic of gun violence to protect our kids, our families, our fellow Americans in public places — at a Walmart in El Paso, Texas, where 22 were killed, in Sutherland Springs — in a church. One or two a day all over this country; 100 killed daily in the United States of America. We’re averaging about 300 mass shootings a year. No other country comes close.

.@BetoORourke just dropped the F bomb live on CNN in his condemnation of gun violence & im just waiting for the GOP to express more outrage over this than over the 281 mass shootings Americans have already suffered this year?pic.twitter.com/sest8yfiHp

And when the going gets tough, the tough sell T-shirts.

New in the store…

100% of the proceeds will benefit @MomsDemand and @AMarch4OurLives.

This is fucked up. We can change it. https://t.co/PFRWFCypAl pic.twitter.com/Us1V4mz1cf

As Weasel Zippers noted, having these T-shirts offered for sale in his campaign store less than 24 hours after his initial reaction to the shooting seems to indicate the theme was pre-packaged and ready to roll for the next window of opportunity; i.e., the next mass shooting to exploit.

The proceeds, as shown in O’Rourke’s tweet, will go to anti-gun activist groups.  He made it clear in separate comments, earlier on Saturday, that he is in their corner.

We need to buy back every single assault weapon. https://t.co/06UhoUGrzD

It might be too risky for stand-up, to try one of those “I sold my gun to the government and all I got was this lousy T-shirt” jokes.  But the sequence of events here does prompt the question: is Beto selling F-bomb T-shirts because he dropped the F-bomb in some campaign comments? Or did he drop the F-bomb in his campaign comments because he was planning to sell T-shirts?

This is the most important religious liberty decision since Masterpiece Cakeshop
Next Post
On Labor Day, remembering union violence in America 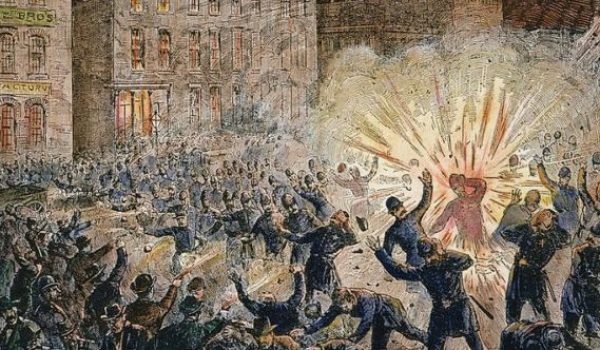