A sanctuary county leader says the court system binds his government to release criminal illegal aliens, but immigration experts accused him of misconstruing the law.

Elrich said Tuesday the county cannot honor detainer requests from Immigration and Customs Enforcement (ICE) because the release of individuals is solely dependent on the court system.

“In fact, the release of people — whether they are awaiting trial or have completed serving their sentences — are decisions made by the court system and not by the County government. That is the same process for everyone in the court system,” the county executive said Tuesday. “It is the court system that determines whether someone is held without bail or whether a bail is set, and it is our court system alone, that decides when and how people are released.”

“County police and our Correction and Rehabilitation departments are not authorized to detain someone based on an ICE detainer since it is not a judicial warrant, and no court has directed corrections to detain people beyond their release date,” Elrich continued.

“This is an absurd, insulting explanation for what amounts to sanctuary laws, even if the executive is in denial that he is running a sanctuary county,” Dale L. Wilcox, executive director and general counsel of Immigration and Reform Law Institute, said Wednesday to the Daily Caller News Foundation. “Local jurisdictions absolutely have the right to honor ICE detainer requests, and many do. This appears to be a move by the county leaders to avoid responsibility for the fact that they are releasing dangerous criminals back into the community.”

Detainers are requests ICE makes to a law enforcement agency, asking it to maintain custody of an illegal alien for up to 48 hours so that federal immigration authorities can apprehend the individual. Typically, detainer requests are made after local police arrest a suspected illegal alien for another crime.

Authorities arrested a handful of illegal aliens for brutal rapes in the past few weeks in Montgomery County, a locality less than one hour’s drive from Washington, D.C.

Officials charged 46-year-old Salvadoran national Nelson Reyes-Medrano with rape, making him the fifth undocumented immigrant charged with rape in August in Montgomery County. Reyes-Medrano allegedly crawled into a 16-year-old’s bed and raped her at knife-point. Authorities arrested two other illegal aliens from El Salvador (shown above) in August for allegedly repeatedly raping an 11-year-old girl.

News of the alleged rapes came after Elrich signed an executive order in July that prohibits county law enforcement from cooperating with ICE. The order, dubbed “The Promoting Community Trust Executive Order,” bars county police officers from asking about an individual’s immigration status and largely prohibits them from working with federal immigration authorities.

Montgomery County had already been considered a “sanctuary” county for its refusal to honor ICE detainer requests before the order was signed.

ICE officers use administrative arrest warrants for detainers. However, they do not need a judge’s signature for the warrant, an ICE spokesperson said in a statement to the DCNF. The Immigration and Nationality Act gives ICE supervisors the authority to issue these arrests warrants, according to ICE. The agency said requiring a judge’s signature would be “absurd” and would likely require the hiring of thousands of judges.

“The public has been misled to believe that certain judges have the authority to sign a warrant for civil immigration violations — but no such judicial authority exists,” the ICE statement continued. “This idea is a myth created by those who either oppose immigration enforcement efforts, are misinformed, or who do not understand how the immigration system works.”

ICE has also criticized Montgomery County for not properly notifying it when releasing an illegal alien back into the public. Christopher J. Hajec, the director of litigation for the Immigration and Reform Law Institute, said there is no legal basis for local authorities to not do at least this much.

“But what has zero problem under the fourth amendment or Maryland law is simply telling ICE, when it asks, when an alien will be released, and allowing ICE into the jail to assume custody. If the county doesn’t do at least that, it is putting dangerous criminals back on the streets,” Hajec said to the DCNF. He also accused Elrich’s of “trading in obfuscation.”

Elrich’s office did not respond to the DCNF’s request for comment, but there are signs his office may change its sanctuary policy amid the uproar.

The county executive said Tuesday he will consider modifying the portion on his recent executive order that specifically prohibits ICE agents from entering secure parts of a county jail, according to WTOP, a local news outlet.

“We are going to look at that because there are questions that people have raised about not just the safety of ICE officials, but the safety of anybody else who might be out there,” Elrich said.

The IG report is out and says Comey violated FBI policies with memos on Trump discussions
Next Post
A sixth illegal alien was just arrested in Montgomery County, Md. for child molestation 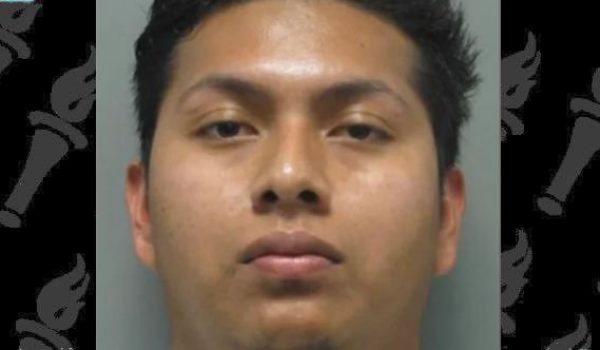