Despite former FBI Director James Comey’s protestations of innocence in having kept FBI files on President Trump at his home, the much-anticipated report by DOJ Inspector General Michael Horowitz is out, and it maintains that Comey set a “dangerous example” for FBI employees in an attempt to “achieve a personally desired outcome.”

The office said he “violated applicable policies and his FBI Employment Agreement by providing one of the unclassified memos that contained official FBI information, including sensitive investigative information, to his friend with instructions for the friend to share the contents of the memo with a reporter.”

Further, the IG determined that Comey kept copies of four memos (out of the total seven he drafted) in a personal safe at home after his removal as director — and in doing so also “violated FBI policies and his FBI Employment Agreement by failing to notify the FBI that he had retained them, or to seek authorization to retain them.” And the IG said Comey again violated the rules “by providing copies … of the four memos he had kept in his home to his three private attorneys without FBI authorization.”

Further down the report notes:

On May 16, 2017, Comey provided a separate copy of Memo 4 to Richman,
who was one of Comey’s attorneys and also a close personal friend. Richman also
had served as a Special Government Employee at the FBI during a portion of the
time that Comey was FBI Director. Comey sent photographs of both pages of
Memo 4 to Richman via text message from Comey’s personal cell phone. Comey
instructed Richman to share the contents of Memo 4, but not the Memo itself, with
a specific reporter for The New York Times. Comey did not seek FBI authorization
before providing the contents of Memo 4, through Richman, to a reporter. As
noted above, the FBI later marked Memo 4 “For Official Use Only” and determined
that it did not contain classified information. We found no evidence that Comey or
his attorneys released any of the classified information contained in any of the
Memos to members of the media.

This morning Comey tweeted in response to the last sentence in the above paragraph:

DOJ IG "found no evidence that Comey or his attorneys released any of the classified information contained in any of the memos to members of the media." I don’t need a public apology from those who defamed me, but a quick message with a “sorry we lied about you” would be nice.

Overall, the report is a scathing indictment of Comey’s behavior, as the concluding section notes:

The responsibility to protect sensitive law enforcement information falls in
large part to the employees of the FBI who have access to it through their daily
duties. On occasion, some of these employees may disagree with decisions by
prosecutors, judges, or higher ranking FBI and Department officials about the
actions to take or not take in criminal and counterintelligence matters. They may
even, in some situations, distrust the legitimacy of those supervisory,
prosecutorial, or judicial decisions. But even when these employees believe that
their most strongly-held personal convictions might be served by an unauthorized
disclosure, the FBI depends on them not to disclose sensitive information.

Former Director Comey failed to live up to this responsibility. By not
safeguarding sensitive information obtained during the course of his FBI
employment, and by using it to create public pressure for official action, Comey set
a dangerous example for the over 35,000 current FBI employees — and the many
thousands more former FBI employees — who similarly have access to or knowledge
of non-public information. Comey said he was compelled to take these actions “if I
love this country … and I love the Department of Justice, and I love the FBI.”
However, were current or former FBI employees to follow the former Director’s
example and disclose sensitive information in service of their own strongly held
personal convictions, the FBI would be unable to dispatch its law enforcement duties properly, as Comey himself noted in his March 20, 2017 congressional
testimony. 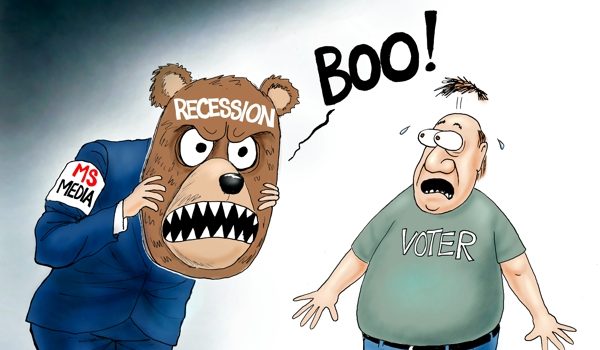 Cartoon of the Day: Scary movie
Next Post
Immigration experts skewer sanctuary county leader for lying about rapes by illegals