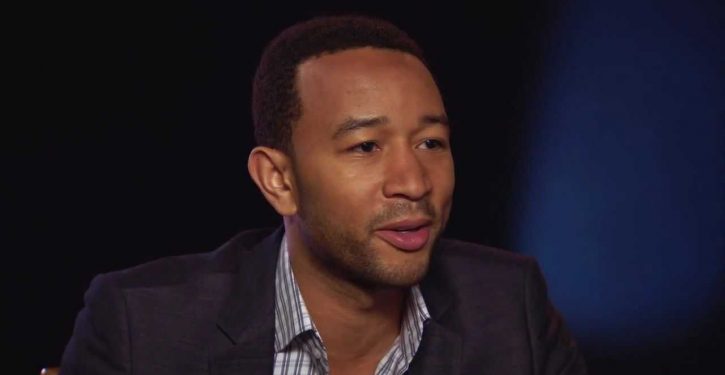 Liberal singer and songwriter John Legend claimed without evidence on Sunday that the president of the United States “regularly inspires killers.”

Legend, who along with his wife, Chrissy Teigen, recently headlined a Democrat policy retreat, alleged that Trump, through his “bigoted policies” and “racist venom,” helped to motivate the shooting in El Paso, Texas.

“When we condemn the racist venom coming from the President’s mouth and point out the bigotry of his policies, it’s not an academic question, it’s not a political game, it’s about life and death,” he said. “The President regularly inspires killers. He is a part of the problem.”

When we condemn the racist venom coming from the President's mouth and point out the bigotry of his policies, it's not an academic question, it's not a political game, it's about life and death. The President regularly inspires killers. He is a part of the problem

It’s quite entertaining listening to leftist elites pretend Trump’s words inspired killers, especially when they a) ignored Barack Obama’s encouragement of violence against police officers and b) have embraced real bigots such as Al Sharpton and Louis Farrakhan.

In April, Legend and Teigen headlined a three-day Democrat retreat (which sounds like borderline torture) where they bashed President Trump and admitted they had to sometimes use comedy even though “we’re crying inside.”

“We need the comedy to cover up the pain,” Teigen whined. “That’s our ‘ha-ha’ as we’re crying inside. It’s laughing through the pain.”

They really left their cards on the table admitting that one.

Speaking of inspiring violence, Legend has a pretty good track record of his own. Last year, he called on Trump officials to be harassed until the administration’s immigration policies are weakened, an action lunatics in the resistance party took to heart.

“Reunite all these families immediately and you can go out to eat wherever the f*** you want,” he snapped.

Somebody should also remind Legend that, just hours before the mass shootings this weekend, he went on an expletive fueled rant encouraging people to “get [Trump] out of office.”

“Our president is a flaming racist. He’s a piece of sh**. He says piece of sh** sh** all the time,” the lyrical genius said. “That’s what he does. We need to get him out of office.”

“Donald Trump is an evil f***ing canker sore on America’s whole landscape, so we need to get him out of office,” he repeated.

I guess it’s OK to make comments that could be perceived by an unhinged lunatic as a call to extreme violence – just so long as it’s a liberal speaking and the actions are directed towards Donald Trump or Republicans.