Juanita Broaddrick, a former nursing home employee who accused Bill Clinton of raping her decades ago when he was a gubernatorial candidate in Arkansas, said the former president’s denials of knowing politically connected financier Jeffrey Epstein are “worthless.”

Epstein, who already has a résumé that includes being a convicted felon and registered sex offender, was arrested on Saturday, charged with sex trafficking that involves allegations of pedophilia and sexual abuse for more than a decade.

Clinton’s press secretary, Angel Ureña, tweeted a statement chock full of falsehoods in an attempt to get out in front of the story. In it, Clinton admitted to taking a “total of four trips” on Epstein’s plane, known as the “Lolita Express.”

An analysis by Fox News in 2016 showed former President Bill Clinton traveled on Epstein’s jet 26 separate times, and several of them involved him ditching his Secret Service detail.

Broaddrick, in an interview with Breitbart News, said no amount of denying matters any more for a man who is now known as a “sexual predator” by the “majority of Americans.”

“You raped me in 1978,” Broaddrick said in a statement to Breitbart. “I have had to live with that horrific memory all these years while you made statements of denial through your attorneys. You were too much of a coward to say it yourself,” she added. “The majority of Americans, including Democrats, now realize you are a sexual predator who has never been brought to justice.”

Clinton has been accused by multiple women of sexual misconduct above and beyond infidelity as was the case for Monica Lewinsky.

Broaddrick’s accusation was so compelling it led liberal comedian Chelsea Handler to unequivocally declare, “I believe you.”

Broaddrick joined the Political Insider for an exclusive interview last year, where she explained details of her claim that Clinton brutally raped her when he was the Attorney General of Arkansas.

Nancy Pelosi’s daughter, Christine Pelosi, who also works as a DNC official, recently warned that the Epstein case could implicate “some of our faves.”

This Epstein case is horrific and the young women deserve justice. It is quite likely that some of our faves are implicated but we must follow the facts and let the chips fall where they may – whether on Republicans or Democrats. #WeSaidEnough #MeToo https://t.co/2mvskwQwW1

His denials have helped him survive due to an obedient media that has protected Clinton for decades. Will Broaddrick’s comments prove prescient? Will his luck finally run out? Stay tuned.

VIDEO: The U.S. women’s soccer team is very hard to like
Next Post
Cartoon of the Day: Queen B’s 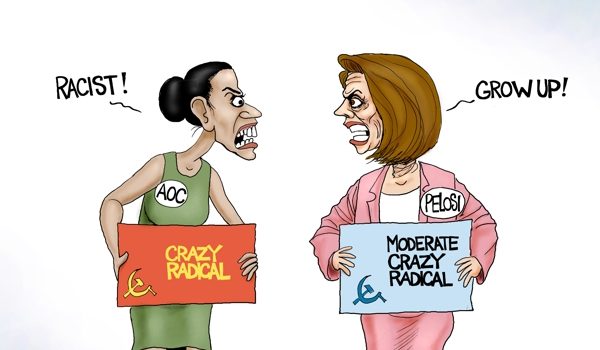