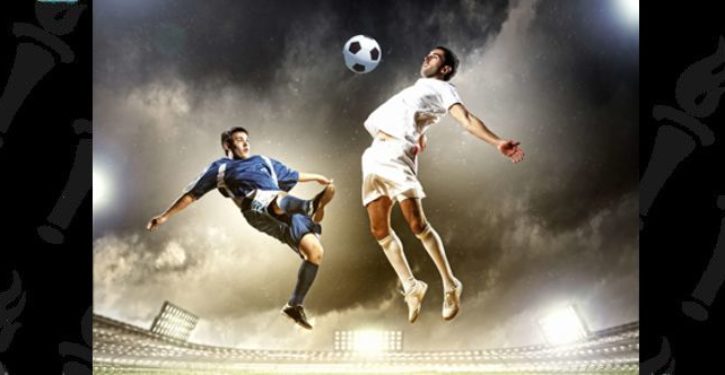 The U.S. women’s soccer team is currently playing in the World Cup in France, defending the title they won in 2015. They’ve had an incredible start, scoring 18 goals in the group stage — a record for the tournament — and beating Spain to reach the quarterfinals.

Some see this success as fresh evidence in support of the case for equal pay for male and female players. According to a lawsuit filed on March 8 by the U.S. women’s soccer team, their players are being paid less than the men, in some cases earning just 38% of their pay per game.

The United States Soccer Federation (USSF) denies the pay differences are related to sex. This week, the two groups agreed to enter into mediation to resolve the dispute.

In spring 2018, Abby Wambach, the most decorated soccer player in American history, gave a commencement address at Barnard College that went viral. The player who had scored more goals than any other, male or female, in international competition described standing onstage at the ESPYs the year after she retired in 2015, receiving the Icon Award alongside two peers, Peyton Manning and Kobe Bryant. “I felt so grateful,” she recalled. “I had a momentary feeling of having arrived; like, we women had finally made it.”

As the athletes exited the stage, each having, as Wambach put it, “left it all on the field for decades with the same ferocity, talent and commitment,” it occurred to her that while the sacrifices the men made for their careers were nearly identical to her own, their new lives would not resemble hers in one fundamental way. “Kobe and Peyton walked away from their careers with something I didn’t have: enormous bank accounts,” Wambach said. “Because of that, they had something else I didn’t have: freedom. Their hustling days were over; mine were just beginning.”

Reward Is Not Dependent on Your Effort but on Your Product

I don’t doubt Wambach when she says that she, Manning, and Bryant “left it all on the field for decades with the same ferocity … and commitment” and that “the sacrifices the men made for their careers were nearly identical to her own.” But if there is a case for equal pay, this isn’t it. The first hard lesson is that pay is not dependent on your effort but on your product.

According to a 2012 report in The Lancet, Bangladesh has the most physically active population on earth. As one write up explained:

Bangladeshis are exceptionally active due to the country’s primary industries which require physical labour. Most Bangladeshis earn a living through agriculture, primarily cultivating rice and jute but also maize and vegetables.

If pay is related to effort, then the Bangladeshis should be the world’s richest people. Instead, they are among its poorest with a per capita GDP of $3,524 annually in 2017, just 6.5%  of the U.S. level, ranking them 151st out of 189 countries, according to the World Bank. For all that effort, Bangladeshis, on average, don’t produce very much, so their incomes are low.

In the same way, Abby Wambach was paid less because her efforts generated much less product — revenue — for her employers than Peyton Manning and Kobe Bryant’s comparable efforts generated for theirs. When Bryant played his last game for the L.A. Lakers in 2016, they sold $1.2 million worth of Bryant merchandise that day. I can’t find similar figures for what Abby Wambach generated for her last team, the Western New York Flash, but I doubt it was anywhere near that.

So what’s the story with revenues for the U.S. men’s and women’s soccer teams? The Wall Street Journal reports:

Doesn’t this disprove U.S. Soccer’s argument that the difference in pay between the men’s and women’s teams is “based on differences in the aggregate revenue generated by the different teams and/or any other factor other than sex”?

Not so fast. These figures relate to “gate” and “game” revenues. But, as the Journal points out:

… [T]icket sales are only one revenue stream that the national teams help generate. U.S. Soccer brought in nearly $49 million in marketing and sponsorship revenue in 2018, nearly half of its $101 million operating revenue, according to federation records.

U.S. Soccer sells these broadcast rights and sponsorships as a bundle, not separately for each team. As a result, it’s hard to tell how much of, say, Budweiser’s sponsorship is attracted by the men’s team and how much by the women’s. Presumably, sponsors are paying to get their name in front of potential customers. Considering that data show TV viewing figures for the men’s team are higher than for the women’s team, this might suggest that the men’s team is the attraction for a disproportionate amount of that broadcast and sponsorship revenue. This would explain the pay disparity.

The Value of Your Product Is Subjective

If pay is dependent on the product, what decides the value of that? This is the second hard lesson. Not only is your product not related to your effort, but the value of that product is also determined subjectively by the consumer.

Abby Wambach and Kobe Bryant play different sports, so maybe it’s unfair to compare them. The U.S. women argue that they are underpaid relative to men playing the same sport. How can the same output be valued differently?

Sports offer a particularly good explanation of why. The Minnesota Twins are currently at the top of the AL Central. The Kansas City Royals are at the bottom. There is no economic reason why similar effort should yield similar pay and no reason why different products should yield similar pay. But if you offered a Royals fan a ticket for a Twins game for a couple of dollars less than a ticket for a Royals game, they would probably choose the Royals ticket. The Royals fan is not in the market for baseball so much as they are in the market for Royals baseball. These products are not perfect substitutes.

The U.S. women currently in France have won three World Cup titles. The U.S. men have never won a World Cup and failed to even qualify for the 2018 tournament. The women’s team’s achievements are hugely impressive. If you want to reward them with cash rather than words, put your money where your mouth is. Show you value their product by spending on it. 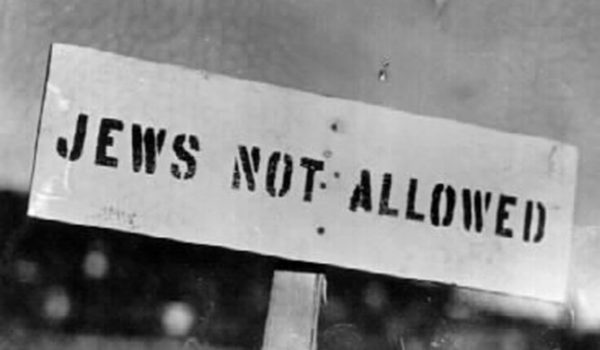 Poll: Rise in number of Americans who believe refusing service to Jews should be allowed
Next Post
Hate crime hoaxes are more common than you think