Enthusiasts for uncovering the secrets of the “Spygate” operation against Donald Trump and his associates are welcoming this news: Attorney General William Barr has appointed an investigator.  And reportedly, he’s the right man for the job.

John Durham is the U.S. Attorney for the District of Connecticut.  His appointment was announced Monday evening.  News reporting indicates his probe will cover periods both before and after the 2016 election, and will include potential FISA abuses, among other things.

Former Congressman Trey Gowdy outlined an “easy road map” for the investigation on the Hannity show:

Which is certainly a start, from a narrow prosecutorial standpoint, if far from sufficient for the real project of discovering the extent and purpose of Spygate, and why something supposedly about protecting our election from the Russians became such a source of cover-ups, misdeeds, and abuse of power in its own right.

It’s too early to have details on what exactly will be included in the scope of the probe.  There are many well-known concerns from the pre-election period in 2016 and even 2015, from the FBI’s use of the FISA process and the Steele dossier to the Justice Department’s contacts with Steele, both agencies’ contacts with the media, and the many-splendored running account compiled by Peter Strzok and Lisa Page in their text history.  But there are also plenty of developments in 2017 to peel back layers on, such as the pursuit of Michael Flynn, after agents concluded he showed no evasiveness or falsity in an interview, and the odd meeting with journalists about Paul Manafort’s storage locker set up by Andrew Weissmann in April 2017.

Of particular importance is whether the probe will encompass the activities of other agencies: the State Department, the Treasury Department, the CIA, ODNI, the National Security Council.  If it doesn’t, we will not know enough at the end to justify doing this.

All of that we have yet to learn.  For now, it has heartened many that Durham, known as a “hard-charging, bulldog” prosecutor, has been appointed to the job.  Fox gave only the briefest details about his background:

Durham previously has investigated law enforcement corruption, the destruction of CIA videotapes and the Boston FBI office’s relationship with mobsters.

But some observers have already pointed out that Durham’s past probes of internal corruption in the FBI have included cases for which Robert Mueller was accused of either engaging in or tolerating suspect behavior.  (These concerns aren’t limited to observers on the right, for that matter.)

We’ll see.  Others are understandably skeptical.

Hope we're still saying John Durham is fantastic after he begins his investigation. Mueller was great before he started investigating too. https://t.co/ZZSM1X115g

Barr is probably the decisive factor here.  He isn’t unnaturally recused from supervising the probe, so there’s no issue with a vulnerable second-in-command hanging out on a limb by himself when there are tough decisions to be made.  Durham is no doubt a bulldog, but this is Barr’s investigation.  Here we go.

Remember Ocasio-Cortez’s threat about the world ending in 12 years? She was joking!
Next Post
‘Law & Order: SVU’ smears Covington students with help of Ilhan Omar-type character 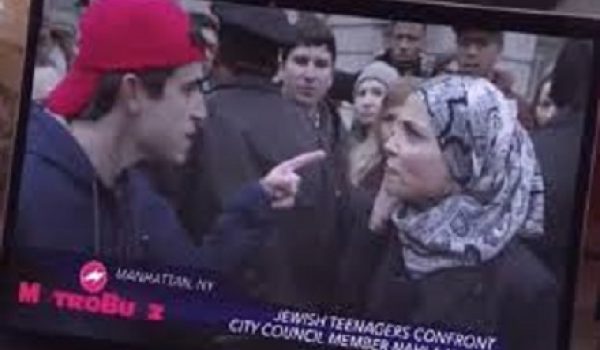