Well don’t I feel like a damned fool! I was one of the gullible saps who fell for Rep. Alexandria Ocasio-Cortez’s claim back in January that the world is going to end in 12 years if we don’t address climate change, and here it turns out she was just pulling our leg!

Or to be more precise, she was employing “dry humor + sarcasm,” according to a tweet she posted just after noon yesterday. And any yokel who took her literally, she explained, has “the social intelligence of a sea sponge.” Ouch.

This is a technique of the GOP, to take dry humor + sarcasm literally and “fact check” it.

Like the “world ending in 12 years” thing, you’d have to have the social intelligence of a sea sponge to think it’s literal.

But the GOP is basically Dwight from The Office so who knows. https://t.co/pmkwrdeAnq

Well, gee, if she was only kidding about the 12-year thing, what else was she joking about? When she said in that same rant that “like, this is the war, this is our World War II” in reference to combating global warming, was she also just cracking wise?

At least it’s not only buffoons on the right who are wearing egg on their face in the wake of Ocasio-Cortez’s revelation. No less a climate expert than Al Gore got taken in as well, and so did CNN’s fact checkers, who verified her claim writing:

With her 12-year timeline, it’s possible that Ocasio-Cortez is referencing a major global report from last October by the Intergovernmental Panel on Climate Change (IPCC), the United Nation’s scientific authority on climate change.

The year 2030 came up prominently in that report, marking the first year that the planet is likely to warm by 1.5 degrees Celsius (the report provided a range of between 2030 and 2052). This temperature was set as an idealistic goal during the 2015 Paris Climate Accord. It is widely seen among climate scientists as a marker, beyond which long-term, irreversible change begins to occur, but does not signify the end of the world.

But at the risk of spoiling the fun, I gotta flip over all the cards and tell you she wasn’t really joking. She obviously published that tweet yesterday in an attempt to deflect criticism and ease her bruised ego over being ridiculed so often for saying genuinely dumb stuff.

Climate change is here + we’ve got a deadline: 12 years left to cut emissions in half.

A #GreenNewDeal is our plan for a world and a future worth fighting for.

How did we get here?
What is at stake?
And where are we going? 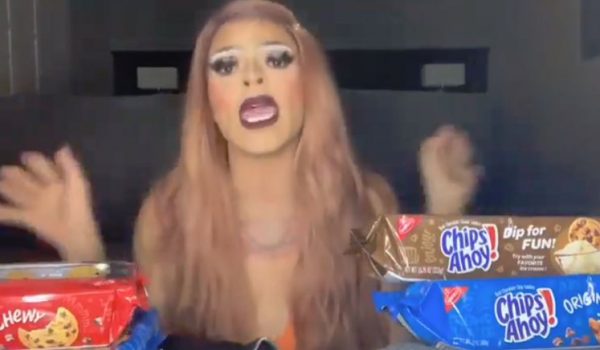