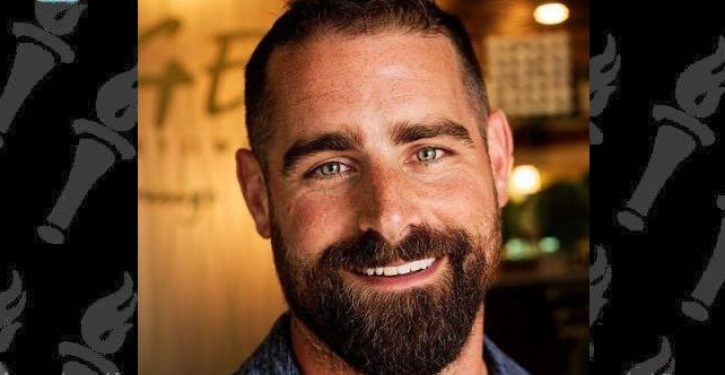 I can’t confirm whether the platform he ran on included a pledge to go out with a video camera and harass people who feel differently than he does about abortion. But that is what Democratic Pennsylvania Rep. Brian Sims has been up to lately.

His first target was, in his words, “an old white lady who is going to try to avoid showing you her face. But the same laws, luckily, that protect her for being out here also protect me for showing you who she is.” True up a point, but is getting in the face of “old white ladies” what voters in the Keystone State want and expect of their lawmakers?

Sims didn’t limit his critique of the woman to his own observations but attempted repeatedly and unsuccessfully to engage her, demanding to know:

How many children have you clothed today? Have you fed any children today or have you just stood outside a Planned Parenthood shaming people for something that they have the constitutional right to do? Shame on you!

Disgraceful!!! Pennsylvania State Representative Brian Sims harasses an shy elderly woman praying the rosary peacefully for the lives of unborn babies and women who are considering abortion. Please Let him know what think of this evil harassment! @BrianSimsPA pic.twitter.com/w6JC8I1o1s

Sims definitely crossed the line a little later when he offered to pay his followers on Facebook $100 to dox three teen girls he films who were quietly praying the Rosary outside the clinic.

In this video, State Rep @BrianSimsPA says he’ll pay his followers $100 if they are able to dox three teen girls he films who are quietly praying outside a Planned Parenthood abortion clinic. How is this guy still allowed to be on Twitter? pic.twitter.com/yfNCHhRSqY

As for whether Sims’s constituents are on board with his boorish behavior, he himself once clearly was not, according to Philadelphia Daily News reporter Christine Flowers, who writes:

Shortly after Sims won his election in 2012, I interviewed him for an article in the Daily News. I came away impressed with his interest in bipartisanship. At the time, I wrote that we disagreed on many issues but that, “Sims is one of the more principled and collaborative public servants I’ve encountered in my half-century on earth, most of it spent in this beloved cesspool known as Philadelphia.” I also noted: “As Sims once put it, he’s trying to find empathy for people who disagree with him.”

In that interview, Sims told me that “The idea of not even changing a mind, but being able to work with a mind that is unchanging or work with a mind that is opposed to yours, you need to understand it. It sounds very elementary, and it’s something that we talk a lot about around here, the idea that nothing should be revolutionary about the idea that you have to understand the people that you work with. But somehow that seems revolutionary of late in this sort of modern discussion of American politics.”

What’s that old adage about “actions” and “words”?

Al Green: The American people can’t be trusted. That’s why we must impeach Trump
Next Post
Nadler schedules vote to hold Barr in contempt of Congress