A student in Ohio has been arrested and faces expulsion for rating his female classmates on Twitter. His arrest violates the First Amendment, which forbids criminalizing speech just because it is in bad taste or angers viewers. A law professor says it would violate the First Amendment to expel him from school for his tweets. But even if the school has the power to discipline him for the speech, the criminal justice system doesn’t have the power to jail him for it, because prosecutors can’t punish speech that is vulgar or causes unrest, even when school officials can. The First Amendment places tighter limits on prosecutors than it does on school officials.

An arrest has been made after a Twitter account that degraded Perrysburg High School girls was investigated by the Perrysburg Police Department.

18-year-old Mehros Nassersharifi was charged with telecommunications harassment by the PPD.

The account, @GirlsRanked, has had most of its posts deleted, but its design was to list the “hottest girls” at Perrysburg.

The district says it’s glad more than 100 students reported the account and the student could face expulsion.

Nassersharifi has been issued a summons to appear in court.

Tennessee law professor Glenn Reynolds says “this isn’t a crime, and it’s protected by the First Amendment.” As he observes, “Ranking women isn’t a crime….I wonder if the ACLU of Ohio will help him.” (UPDATE: Here is a description of one of the student’s tweets, which was nasty and bigoted). The tweets are protected against criminal prosecution. But since most of the tweets have been deleted, and I have not investigated their effect on the school, I can’t say whether they were protected against school discipline. Even if the speech could be prohibited by the school, its policies would have to provide him with fair notice that his tweets were forbidden, before it could punish him for them. Otherwise, the First Amendment would be violated.

An Ohio law professor and the school superintendent argue that the speech may be punishable by the school, if it had the effect of causing substantial unrest within his school:

University of Toledo law professor Rob Salem said that if the culprit of the account is a student the district may have grounds for discipline.

“The school would have to link the tweet to disruption in the school’s learning environment. Students may have free speech rights off campus,” Mr. Salem said.

Perrysburg Superintendent Tom Hosler said that the district is prepared to push for serious consequences.

“If that person is a student, the user would receive due process in a school investigation. Penalties could include suspension or expulsion, “Mr. Hosler said.

Mr. Hosler said that many factors will come into play for the district if a student is found responsible.

“It depends on how much disruption it creates during the school day, the impact, the ripple that it has in your school community. Those are the kind of factors that drive how the school can respond to those things,” Mr. Hosler said.

Some court rulings have given school officials the power to restrict the speech of K-12 students based on school unrest, which they classify as “disruption” under the Supreme Court’s Tinker decision. That decision gave K-12 students a limited amount of free speech rights against school officials, but only if their speech does not cause a “disruption” or “disorder.” School officials also have the power to restrict vulgar speech in school, although they generally lack the power to restrict such speech outside of school. For example, a court ruled that a student couldn’t be punished by a school for a vulgar gesture towards a teacher that occurred outside of school, in Klein v. Smith, 635 F.Supp. 740 (D. Me. 1986). Even in school, labels that hurt fellow students’ feelings can be protected against school discipline, if they are not vulgar or lewd. (See, e.g., Chandler v. McMinnvile School District, 978 F.2d 524 (9th Cir. 1992)).

These rulings gave school officials more leeway to restrict speech, not prosecutors, who can’t restrict speech just because it is vulgar or causes unrest. In society generally, speech is protected, even if it is vulgar or indecent, and even if it causes unrest or outrage. For example, the Supreme Court overturned the conviction of a racist anti-Semite who was convicted after causing unrest by giving a speech in which he criticized various racial groups and made inflammatory comments, in Terminiello v. Chicago, 337 U.S. 1 (1949), In that decision, the Supreme Court held that a “breach of the peace’” ordinance that banned speech which “stirs the public to anger, invites dispute, brings about a condition of unrest, or creates a disturbance” was unconstitutional because it prohibited much protected speech. As the Court explained, “a function of free speech under our system is to invite dispute. It may indeed best serve its high purpose when it induces a condition of unrest, creates dissatisfaction with conditions as they are, or even stirs people to anger.”

Similarly, the Supreme Court struck down as a violation of free speech the restrictions on “indecent” speech on the internet contained in the Communications Decency Act, in Reno v. ACLU, 521 U.S. 844 (1997).

Prosecutors are bound by these First Amendment rules protecting even speech that is vulgar, offensive, and causes unrest. They are not like K-12 school officials, who have more leeway in the Supreme Court’s eyes to restrict speech, because of their educational function to “inculcate the habits and manners of civility.” School officials are deemed to be acting on behalf of parents in general, “in loco parentis,” to make children learn their manners, due to their acquiring “custody” over students during the school day from their parents.

Prosecutors can’t step into this educational role, which is reserved for school officials. The fact that an institution has the power to discipline its own members does not mean that those members can be jailed for violating those rules, even when the institution in question is a government institution like the public schools.

For example, in 1983, the Supreme Court gave public employers the ability to fire their employees for speech that is on a matter of private — rather than public — concern. But it made clear that only agencies — not the courts — have the power to discipline employees for most such speech. It cautioned that speech on matters of private concern would remain fully protected by the First Amendment in court, not just against criminal prosecutions, but also lawsuits over such speech. It noted that an employee’s speech on a matter of private concern would be as protected by the First Amendment against a damage award for defamation as would the similar speech of a “man on the street.” (Connick v. Myers, 461 U.S. 138, 147 (1983)).

Similarly, a federal appeals court overturned a territorial supreme court court’s jailing of a judge for his intemperate remarks, ruling that even if it had the power to take action against him in his supervisory role over the courts, that did not extend to jailing him, an area where stronger First Amendment protections governing society generally applied. (In re Kendall, 712 F.3d 814 (3d Cir. 2013)).

And the New Jersey Supreme Court overturned the conviction of a public employee for flyers that were mean, “unprofessional and inappropriate for the workplace,” because interpreting the state’s criminal harassment statute to cover his speech would have raised serious constitutional problems. (State v. Burkert, 74 A.3d 987 (N.J. 2017)).

Nor does labeling the student’s speech “telecommunications harassment” change the fact that his speech is protected against prosecution. As the federal appeals court in Philadelphia noted in striking down a school system’s overly broad sexual harassment code, “There is no categorical ‘harassment exception’ to the First Amendment’s free speech clause.” (Saxe v. State College Area School District, 240 F.3d 200, 210 (3d Cir. 2001).

In short, Mehros Nassersharifi’s speech was as fully protected against prosecution as similar speech by a non-student would have been. 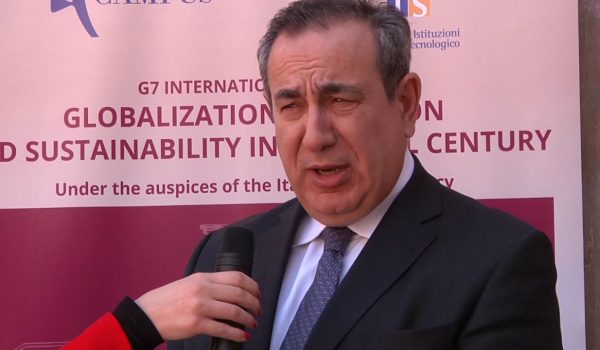