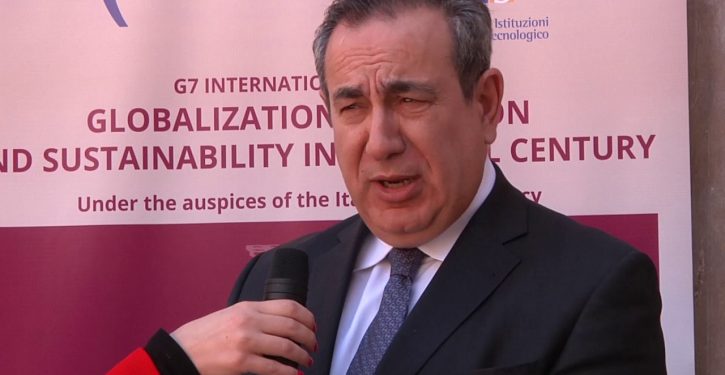 Two reports published Thursday add to the mystery of Joseph Mifsud, a Maltese professor at the heart of the Russia probe.

Special counsel Robert Mueller alleges in his report on the Russia investigation that Mifsud lied to the FBI about the timeline of his contacts with George Papadopoulos, the Trump campaign adviser whom the FBI claims was the catalyst for the bureau’s collusion investigation.

Also on Thursday, an Italian newspaper revealed that after Mifsud was first linked to Papadopoulos and allegedly went into hiding for months, living at a Rome apartment owned by Link International. The company controls Link Campus, a university in Rome that partners closely with Western intelligence agencies.

The developments raise several questions about Mifsud, including whether he is more closely affiliated with Russia or with the West.

It is also not clear why Mifsud was not charged in the Mueller probe.

The report does not discuss whether charges were considered against the Maltese mystery man. But his treatment is in contrast with how the Mueller team handled Papadopoulos. The former Trump aide pleaded guilty in October 2017 to making false statements to the FBI about Mifsud during an interview Jan. 27, 2017.

Papadopoulos was sentenced to 14 days in prison in his case.

Mifsud and Papadopoulos first met March 14, 2016, at Link Campus, days after Papadopoulos found out he would be joining the Trump team.

Papadopoulos worked at the time at the London Centre for International Law Practice (LCILP), a London-based think tank. He said in his new book, “Deep State Target,” that LCILP executives were eager to introduce him to Mifsud, who also worked for LCILP.

That excitement has since fostered suspicion in Papadopoulos, who was targeted during his campaign stint by at least one known FBI informant, Stefan Halper. Papadopoulos noted in “Deep State Target” that one of LCILP’s directors was Arvinder Sambei, a lawyer who has represented the FBI in cases in the U.K.

Papadopoulos re-upped his allegations in light of Thursday’s developments that Mifsud was a Western intelligence asset sent to entrap him.

“An FBI asset named Joseph Mifsud dropped unsolicited info in my lap about ‘Russians having Clinton’s emails,’” Papadopoulos  wrote on Twitter, referring to a fateful meeting he had with Mifsud in April 2016.

Papadopoulos and Mifsud became fast friends after the initial meeting. They began corresponding online and met in London on March 24, 2016. Mifsud introduced Papadopoulos to a woman he claimed to be the niece of Russian President Vladimir Putin. Mifsud introduced the woman as Olga Vinagradova, though it was later determined that her real name is Olga Polonskaya and that she is not related to Putin.

Mueller’s report contains new details about Mifsud and Polonskaya, including that they might have been in a relationship at the time they were in contact with Papadopoulos. Mueller also revealed Mifsud was drafting and editing some of Polonskaya’s messages to Papadopoulos.

“For example, within a week of her initial March 24 meeting with him, Polonskaya attempted to send Papadopoulos a text message which email exchanges show to have been drafted or edited by Mifsud,” the report said.

The trio remained in contact for weeks, attempting to set up meetings between the Trump campaign and Russian government officials. Mifsud also introduced Papadopoulos to Ivan Timofeev, an executive at a Russian think tank that has ties to Russia’s foreign ministry.

Mifsud and Polonskskaya said they could put Papadopoulos in touch with Russia’s ambassador to the U.K., but that never came to pass.

The most fateful encounter between Mifsud and Papadopoulos occurred April 26, 2016, at the Andaz Hotel in London.

Papadopoulos told the FBI in an interview Jan. 27, 2017, that Mifsud revealed to him in that meeting he had learned from Russian government officials that Russia had “dirt” on Hillary Clinton in the form of “thousands” of her emails.

Papadopoulos has claimed he was taken aback by the revelation. He also insists he told nobody on the Trump campaign about Mifsud’s remarks. Mueller found no evidence that Papadopoulos mentioned what Mifsud told him.

Just over a week later, Papadopoulos had another conversation with another diplomat, also in London.

That meeting was with Alexander Downer, the Australian high commissioner to the U.K. Downer claimed in a memo that was later sent to the FBI that Papadopoulos had told him over drinks that Russia might release information about Clinton.

The Aussies shared that information with the FBI on July 26, 2016, days after WikiLeaks released emails stolen from the DNC. The bureau opened its counterintelligence investigation, Crossfire Hurricane, five days later.

Investigators laid low for months, operating in secret rather than approaching Papadopoulos and other figures directly. Halper, a Cambridge University professor, was tasked to contact Papadopoulos in September 2016. Halper offered Papadopoulos $3,000 and a flight to London to meet and discuss writing a policy paper.

Papadopoulos was the first to mention Mifsud in his FBI interview. But he would later be accused of lying to agents about the extent and timing of his contacts with his Maltese associate. Papadopoulos claimed he met and interacted with Mifsud prior to joining the Trump campaign.

FBI agents interviewed Mifsud in February 2017, during his visit to the U.S. for a State Department event.

According to Mueller’s report, Mifsud denied having advance knowledge that Russia had Clinton emails. He also claims Papadopoulos was mistaken in claiming they discussed the topic.

Mifsud said “he and Papadopoulos had discussed cybersecurity and hacking as a larger issue and that Papadopoulos must have misunderstood their conversation,” the report says.

According to Mueller and company, Mifsud also falsely claimed he did not meet with Papadopoulos after his initial introductory meeting with Polonskaya. But emails, text messages and other documentation showed Mifsud and Papadopoulos did meet at least two other times, as Papadopoulos claimed.

The Mueller report does not include any evidence to support Papadopoulos’s claims that Mifsud has links to the FBI. But Stephan Roh, a friend and adviser to Mifsud, has told The Daily Caller News Foundation that Mifsud has some affiliation with Western intelligence agencies. He has said Mifsud was instructed to lay low until the Mueller investigation blew over.

Mifsud has not been seen publicly since late October 2017, when Papadopoulos’s plea deal was revealed. There has been some speculation that Mifsud had been removed to Russia or that he was dead.

But Il Foglio, an Italian newspaper, reported Thursday that Mifsud was living at an apartment owned by Link International for the seven months following his public exposure.

Link Campus officials have tried to distance themselves from Mifsud. His whereabouts since leaving Link are unknown. 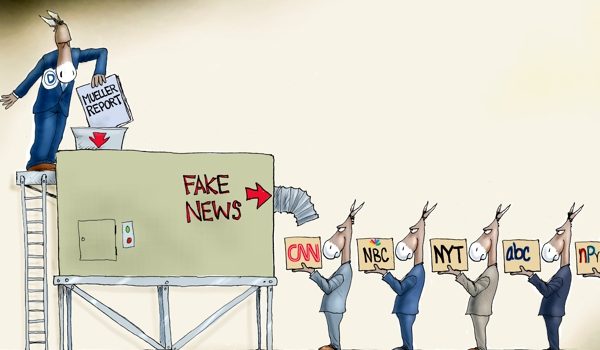 Cartoon of the Day: Falling in line
Next Post
Student wrongly arrested for rating female classmates on Twitter