California’s top law enforcement officer has joined the growing ranks of Democrats who wish to decriminalize illegal immigration into the U.S.

“They are not criminals,” Xavier Becerra, the attorney general of California, told HuffPost about immigrants who attempt to enter the country without authorization. “They haven’t committed a crime against someone, and they are not acting violently or in a way that’s harmful to people. And I would argue they are not harming people indirectly either.”

Becerra, according to his HuffPost interview, acknowledges that migrants who attempt to enter the country illegally are breaking civil laws, and he argues they should not go completely unpunished. However, he contends that charging them with immigration violations while also placing them into the deportation process unfairly brands them as criminals.

“If you call them criminals, it’s a lot easier to get people to turn against them than if you call them undocumented immigrants,” the first-term attorney general stated.

Becerra, a Democrat, is not alone in his calls to reform how U.S. law enforcement handles illegal immigrants. Julian Castro, a former Obama administration official and a 2020 Democratic presidential nominee, says he wants to decriminalize the act of unauthorized entry into the U.S., leaving only a civil penalty. Fellow Democratic presidential contender Beto O’Rourke has expressed similar sentiments, along with other Texas Democratic lawmakers.

Any foreign national caught for the first time attempting to enter, or residing in, the country illegally can face up to six months in prison. Subsequent violations can land individuals in prison for up to two years or much longer if they are also convicted of other drug or aggravated assault-related crimes.

Calls to decriminalize illegal immigration comes as Democrats are increasingly becoming hostile to immigration enforcement agencies altogether. Both Democratic Reps. Ilhan Omar of Minnesota and Alexandria Ocasio-Cortez of New York have called for abolishing Immigration and Customs Enforcement (ICE). Other Democrats have been attacked from the left for suggesting ICE should still exist.

“ICE operates as an unaccountable deportation force,” former Hillary Clinton campaign spokesman Brian Fallon said in January. “Dems running in 2020 should campaign on ending the agency in its current form.” 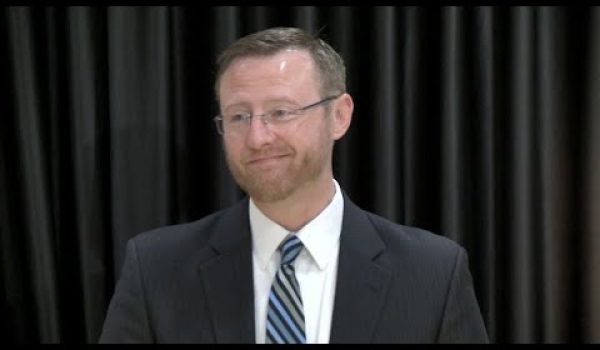