At first, the report that Joe Biden had creeped out a Nevada State assemblywoman by planting “a big slow kiss on the back of” her “head” was written off as another instance of the former veep being “crazy Uncle Joe.” It was understood that after eight years of his being a heartbeat away from the presidency, Americans had come to know the kind of loose cannon Biden was — that he not above whispering in the ear of the leader of the free world “This is a big f*cking deal” loudly enough to picked up by press microphones.

But then another woman came forward to complain about what he calls his “gestures of support and encouragement,” and then another one after that, and it was finally time for Biden to explain himself. This he did yesterday by means of video released on Twitter in which he also drops a broad hint about his plans to run for president: Early in his remarks he advises that in the coming months he will be speaking to the American people about “a whole lot of issues.”

Social norms are changing. I understand that, and I’ve heard what these women are saying. Politics to me has always been about making connections, but I will be more mindful about respecting personal space in the future. That’s my responsibility and I will meet it. pic.twitter.com/Ya2mf5ODts

The fact that 76-year-old Biden intends to throw his hat in the ring makes the germ of his statement doubly poignant. In the text accompanying the video, he writes that “social norms are changing.” But social norms have never countenanced kissing the back of a strange woman’s head or burying one’s nose in her hair, as the aforementioned assemblywoman attests Biden also did.

But even if he thought it was once socially acceptable to slide his hand from a stranger’s shoulder down her back, as another woman accused him of doing, what does it say about his readiness to serve as commander in chief that he still does? Has he not heard about the MeToo movement put forward by liberal women? Better still, was he not paying attention when his former boss signed a bill establishing “affirmative consent,” which effectively made holding a woman’s hand without her permission grounds for a rape allegation?

If Joe Biden’s defense communicates anything to the American people, it is that he is ready to be president — in 1950. 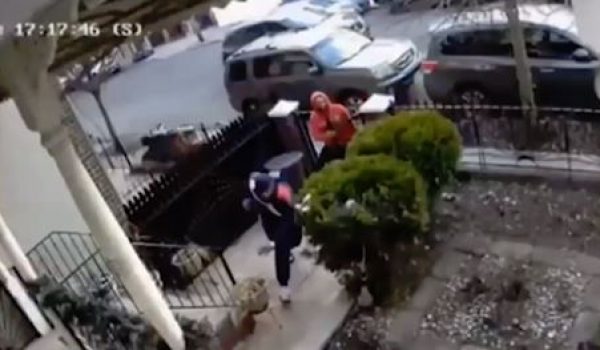