Alexandria Ocasio-Cortez has graduated from just being wrong to trading in conspiracy theories. In a rather bizarre video that looks like it was posted on Instagram, the freshman Congress member appears hunkered down, as though the camera is on the floor. She equally inexplicably has a pair of scissors in her hand.

But all of that pales next to her claims about U.S. Customs and Border Protection (CBP), which she insists are “deliberately” trying to “cage children and inject them with drugs” because “of their national origin.” She doesn’t say which nation of origin the CBP has it in for, though it’s safe to assume it’s one where Spanish is spoken as a first language.

Ocasio-Cortez claims without evidence that CBP officials are “deliberately” trying to “cage children and inject them with drugs” because “of their national origin” pic.twitter.com/ZEwu7AvCv3

The part about the “caging” of children is especially interesting since, as has been borne out repeatedly, the detention of unaccompanied minors was commonplace during the Obama era — which was also the provenance of the widely circulated and condemned photos of children “in cages” that were blamed on Donald Trump.

As for the claims that CBP is drugging migrant children, she seems to be resurrecting a baseless rumor floated in June of 2018 that migrant children detained at one facility near Houston “were forced by authorities to take a range of psychotropic drugs in a heavy-handed attempt to manage their trauma.” The Newsweek article from which the above quote is taken also notes that a lawsuit was filed against the the center in question by the Los Angeles-based Center for Human Rights & Constitutional Law, but despite a judge’s order to relocate children from the facility, the allegations against it were found to be without merit. In any case, the CBP was itself never accused of injecting migrant children with drugs.

Finally, the claim that children are abused because of “their national origin” correlates to nothing turned up in Google search.

California AG joins call for decriminalization of crossing border between ports of entry
Next Post
Cartoon of the Day: Dry run 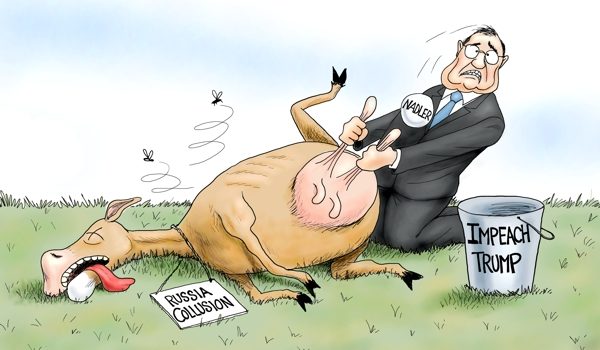