According to today’s RealClearPolitics polling average, President Trump’s job approval is 44.3% with 52.6% of voters disapproving of his performance.

Now contrast his job approval with that of the last two presidents at this same point in their first term, both of whom were re-elected. On Feb. 22, 2011, the RCP job approval average for Barack Obama was 48.5% with 45.7% disapproving. On this same day in 2003, George W. Bush’s average was 57% with 37% disapproving.

It is also notable that Trump’s job approval average throughout 2018 and up to today has yet to reach 45%. Conversely, his average disapproval rating has consistently ranged between 51% and 55%.

Meanwhile, those dismal numbers are only one gigantic pothole on the bumpy road to his re-election. What I consider Trump’s greatest foe is voter demography as outlined in the recent Pew Research Center study “An Early Look at the 2020 Electorate.” That study projects the percentage of eligible voters from each of the nation’s four largest racial and ethnic groups. Unfortunately for Trump, the results do not bode well based on how these same groups voted in 2016.

It’s the math, stupid! Specifically, how the demographics impacts Trump’s ability to win the required 270 Electoral College votes and thus, a second term.

Let’s take a closer look, but first a caveat: Pew’s projected percentage of eligible 2020 voters by racial and ethnic group will likely differ from the percentage who actually cast a ballot.

The study projects that whites will comprise 66.7% of eligible voters; Hispanics, 13.3%; blacks, 12.5%; and Asians, 4.7%. The fact that non-whites will comprise roughly one-third of eligible voters would not be a problem for Trump and the Republican Party if they did not overwhelming and consistently vote Democratic. But the ever-increasing Hispanic vote is the GOP’s greatest cause of present and future consternation.

For example, due to Hispanic growth, traditional “ruby red” Arizona, with 10 electoral votes, will be among the most contentious 2020 battleground states. And, though Republicans fondly remember when New Mexico last went “red” — in 2004, helping re-elect President George W. Bush – it is now solidly blue.

Republican strategists also fear how the traditionally wide gap between the number of eligible and actual Hispanic voters is dramatically shrinking. It’s no surprise that as the Hispanic population grows, as with any rising ethnic group it becomes increasingly empowered, engaged, and mobilized to vote.

In fact, the 2018 midterm elections could be considered a historic turning point because Hispanics made up 11% of voters — a record level of participation. (The number was only 7.3% in the previous midterms.) Most important, that 11% of the 2018 electorate mirrors the 2016 presidential election turnout when Hispanics also comprised 11% of the electorate, while supporting Democrat Hillary Clinton by 66% to 28% for Donald Trump.

One could even go back to the 1984 Republican landslide when Hispanics made up only 3% of the electorate. Still, 66% supported the Democratic candidate, former Vice President Walter Mondale, compared to 34% who voted for Ronald Reagan.

The takeaway is that the Democratic presidential nominee in 2020 can count on support from at least two-thirds of Hispanic voters, who will likely constitute at least 12% of the electorate.

As previously seen, Pew’s study projects that in 2020 the percentage of eligible Hispanic voters is poised to overtake the percentage of eligible African-American voters, who in 2016 were 12% of the electorate, with 89% supporting Clinton. A great unspoken fear among Republican leaders is that the Hispanic vote has grown to be as solid a Democratic bloc as that of African-Americans.

Asians too are growing into another Democratic voting bloc. In 2016 they were 4% of voters and, similar to Hispanics, 65% voted for Clinton and only 27% for Trump.

Finally, there is the majority white vote that the Pew study projects will form 66.5% of eligible voters in 2020. Shown below is how whites’ percentage of the total voting electorate has consistently decreased since 2004 – the last time a Republican president won re-election.

In 2016, Trump won 57% of the white vote compared to Clinton’s 37%. In 2020, it is anyone’s guess how much Trump will need to increase that 57% in order to win re-election because, pre-election, non-white vs. white voter turnout are variables that can only be estimated and modeled.

But common sense dictates that the shrinking white vote could negatively impact Trump’s chances of again winning the three traditionally Democrat-leaning battleground states of Pennsylvania, Michigan, and Wisconsin with their predominately white populations and combined total of 46 electoral votes. These three states boosted Trump’s total to 304, well over the 270 needed for victory — despite him losing the popular vote to Clinton by 2.9 million votes — 2.1% of the total cast.

It is also instructive to remember just how Trump won:

And already there is trouble brewing for him in Michigan. A recent hypothetical general election matchup poll had all four of the leading Democratic presidential candidates denying him a second term.

But, as my Republican friends are fond of saying, “We don’t believe polls” and “Pollsters always miss hidden Trump support.”

I don’t necessarily believe my friends, but this I know: The American electorate is not minting enough new white voters to achieve Trump’s re-election unless he increases his percentage of white voters by a yet unknown number of percentage points in exactly the right combination of states where electoral votes add up to 270.

In the meantime, the president can’t change demographics, but he can and must increase his job approval numbers. As a guide, and again I state for emphasis, the last re-elected Republican president, and the last Republican to win the popular vote, won a close re-election race against John Kerry in 2004 with a 48% job approval and a 47% disapproval rating the last week before the election.

Today Trump’s approval is four points below, and his disapproval is five points above, George W. Bush’s.

Based on all you have read, draw your own 2020 conclusions. 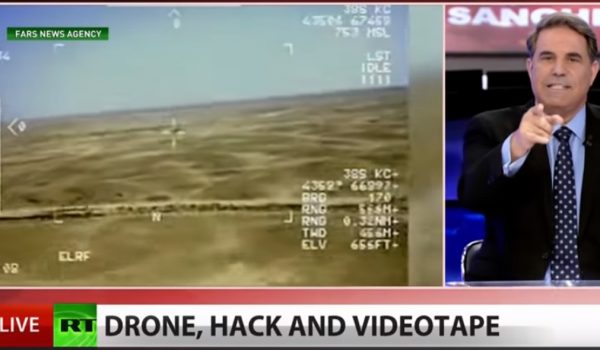 Iran claims to hack, seize control of U.S. drones in Iraq and Syria
Next Post
Warren, Harris back reparations for black Americans affected by slavery