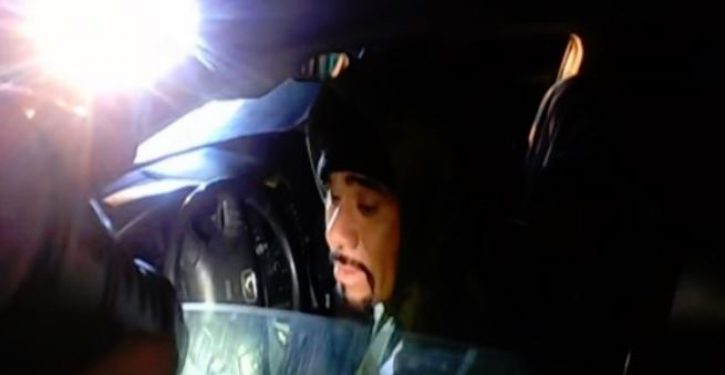 It’s a safe bet there won’t be a fourth time.

According to the Los Angeles Times, Javier Hernandez-Morales, a Mexican national, opened fire last Sunday on a Napa County sheriff’s deputy standing outside his car window during a traffic stop. The officer returned fire, killing Hernandez-Morales on the spot.

Hernandez-Morales had been arrested several times on a variety of charges including suspicion of driving under the influence, battery on a peace officer, selling liquor to a minor, and probation violations. His most recent arrest was in 2010 at which time he was sent back to Mexico for the third time, according to Immigration and Customs Enforcement (ICE). Since then, federal authorities had issued four detainers, but none was honored by the local law enforcement.

ICE spokesman Richard Rocha released a statement in which he observed:

It’s unfortunate that our law enforcement partners and the community are subjected to dangerous consequences because of inflexible state laws that protect criminal aliens.

The reference was to SB 54, known as the California Values Act, passed in 2018, making California a sanctuary state. Ever since the law’s passage, the Golden State has been embroiled in a vigorous immigration debate. Similar debates are raging in other border states, including Texas, where one sheriff has refused a federal mandate to accept delivery of 33,000 rifle-resistant vests for her officers because doing so acknowledges that officers will cooperate with detainer requests from ICE.

The incident that led to Hernandez-Morales’s death, Rocha is further quoted as saying, could have been prevented had ICE been kept in the loop about the alien’s releases from jail. He added:

This is an impactful, scary example of how public safety is affected by laws or policies limiting local law enforcement agencies’ ability to cooperate with ICE.

Cory Booker’s wants to give $46,215 to all 18-year-olds in ‘lowest income bracket’
Next Post
Cartoon of the Day: Dishonest McCabe 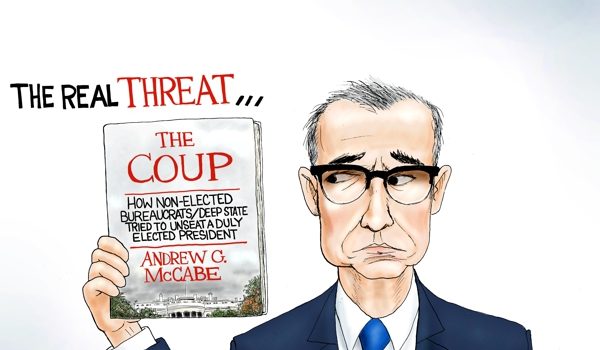