Yesterday was Groundhog Day. Apparently Punxsutawney Phil espied his shadow, because the media circus known as the Super Bowl is still scheduled to be played tonight. Last year’s Super Bowl drew the lowest ratings in eight years, primarily because the “big game” has become a stage for the airing of political grievance. T-Mobile spent $10 million on a Super Bowl ad last year that didn’t even advertise phones.

This year the cost of advertising will set another new record: A 30-second spot will average $5.25 million — this despite the fact real football fans don’t want politics mixing with their sport.

The commercial, according to the Post, will show “scenes from major news events from World War II through the present day.”

Hanks, who played Washington Post editor Ben Bradlee in the 2017 movie “The Post,” will describe “the role of journalists as eyewitnesses and gatherers of fact as well as the profession’s larger importance to society. The commercial ends with The Washington Post’s logo and its slogan, ‘Democracy Dies in Darkness.'”

The description makes it sound so unintentionally funny that I’m almost tempted to watch.

The Post inadvertently shows its hand by having a far-left actor who played a newspaperman narrate the spot rather than a real journalist because so much of what the paper publishes these days is fiction.

Take the Post’s story from last August that the Trump administration was denying passports to American Latinos along the southern border. The story is still up at the paper’s website but is now preceded by a lengthy editor’s note that advises:

After this story was published on Aug. 29, the State Department issued a statement challenging the accuracy of the article and provided previously unreleased data on passport denials. That information has been added, as was indicated in a Sept. 1 editor’s note. On Sept. 13, the story was updated to include comments from the daughter of Jorge Treviño, who had contacted The Post immediately after the story was published. Additional changes have been made to clarify that an affidavit about Treviño was submitted as part of an Obama-era case and to correct a reference to his profession — he was a general practitioner, not a gynecologist. As was noted in an Aug. 31 correction, the State Department began denying passports during the George W. Bush administration, not the Obama administration.

That “correction” was posted on Sept. 13, two full weeks after the original “bombshell” ran. In the interim it was picked up by nearly every other major news outlets, which ultimately had their own “‘splaining to do.”

Several days later, the Post was at it again, writing:

[T]he House on Thursday passed a bill introduced by Barbara Comstock (R-Va.) that would expand the authority of the federal government to deport or  detain immigrants who are gang members or suspected of gang activity.

As LU’s Jerome Woehrle noted at the time:

The Washington Post’s erroneous conflation of “immigrant” with “alien,” when many immigrants are citizens, was not only factually incorrect, but left the misimpression that this bill might be unconstitutional (the Post story said the bill was “slammed” by the ACLU). Aliens can often be deported for associations with dangerous, unsavory groups that citizens cannot be, under Supreme Court rulings such as Reno v. American Arab Anti-Discrimination Committee (1999).

Aliens are not citizens. Aliens include both illegal aliens, and legal aliens, such as people temporarily allowed in the country to study or work (such as H-1B visas). Illegal aliens are sometimes misleadingly referred to as “illegal immigrants,” even though they have no legal right to remain in the country, and thus are not “immigrants.”

These are but two of numerous instances of the Post violating its unspoken pledge to its readers by filling its news pages with the ideologically driven opinions of its editors and writers instead of the news. If the paper is going to tarnish an annual sporting event with its out-of-place sermon on journalists as “eyewitnesses and gatherers of fact,” it should at least attempt to start living up to those standards. 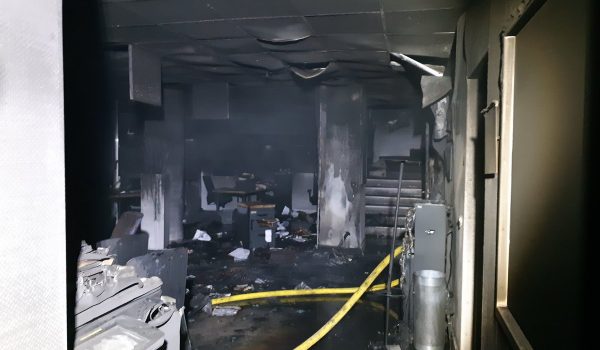