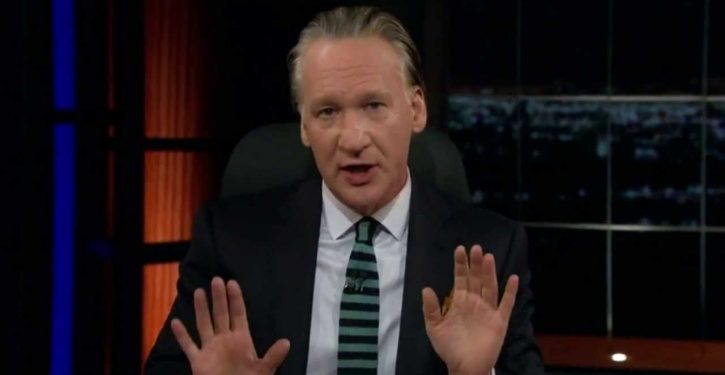 Surely, reliably far-left talk show host Bill Maher knows where the line is. That didn’t prevent Maher, who also fancies himself a comedian, from pinning a racial stereotype on a black guest.

Maybe Maher believed he was on safe ground because said black guest — former CIA operative and current GOP congressman Will Hurd — is a Republican, and as any liberal can tell you, a black Republican is fair game for attack. Just ask black right-wing political activist Candace Owens, who was at breakfast with Turning Point USA founder Charlie Kirk last August when a flash mob associated with Antifa descended on their table and began shouting profanities and slogans including “No More White Supremacy.”

Or ask Hurd. According to the Daily Mail, Maher cut to the chase early on in the interview when he asked Hurd why he is a Republican. That preposterous question by itself should have landed Maher in the doghouse, but libs are in agreement that blacks who align themselves with the Right are traitors or “Uncle Toms.”

In any case, the interview went downhill from there:

Bill Maher: They don’t do that. I’m just asking why you’re a Republican? Because they’re not good at the debt, that was their big thing. You said limited government, they don’t do that. They took over the Congress in 2011 and they raised the debt a trillion dollars a year. They’re not good at national defense — the president’s a traitor. What’s in it for you? What is in the Republican Party for you? You were in the CIA!

Hurd: I was in the CIA for almost a decade. I was the dude in the back alleys at four o’clock in the morning collecting intelligence on threats to the homeland.

It was at this point that Maher took the fatal plunge, asking, “That’s where you’d collect it, huh? Wow. By the Popeyes Chicken?”

Associating blacks with fried chicken was a bridge too far, and now the Left is calling for Maher’s head.

Maher has pushed the envelope before. As the Mail notes, he referred to himself as a “house n*gger” during an interview with Republican Sen. Ben Sasse, and was duly chastised. But will his most recent racist comment be the straw that broke HBO’s back, forcing them to part ways with him?