Not that there’s a “right” student…

A Colorado school district placed a seventh-grade teacher on leave following her alleged claim on Twitter that a random student was part of the “Hitler Youth,” mistaking him for one of the Covington Catholic High School boys caught in the encounter with American Indian activist Nathan Phillips.

Mountain Ridge Middle School (MRMS) social studies teacher Michelle Grissom allegedly named and posted a picture of Covington Catholic student Jay Jackson as one of the boys wearing Make America Great Again (MAGA) hats in Washington, D.C. Jackson was not in Washington with his schoolmates at the time of the now-infamous incident.

The group of boys were caught in a viral video that made it seem like they were mocking Phillips, though complete footage shows Phillips had initiated the encounter Friday. Many have tried to doxx the boys following the media outrage.

John Jackson, the dad, asked Grissom multiple times to take down tweets referring to his son as part of the “Hitler Youth” and a picture of Jay Jackson. Grissom took down the post Sunday, but only after the father sent the tweet to the district.

“Michelle Grissom is currently on leave,” MRMS principal Shannon Clarke said in an email to parents Wednesday, 9News reported. “Please understand that I am unable to share specific details, as this is a personnel matter.”

John Jackson said in a series of tweets his son was not at the U.S. capital due to basketball games on Friday and Saturday. The dad added his son faced harassment and bullying because of the accusations.

result of this teachers rush to judgement ..totally abhorrent behavior and inexcusable actions that need to have consequences…SHE IS TEACHING YOUR STUDENTS!!! (3/3) pic.twitter.com/1hjAMBagtr

Grissom is an executive board member of the Douglas County Federation teacher union, according to 9News.

The Jackson family was offered legal services from Attorney Nicolle Martin, who represented Masterpiece Cake baker Jack Phillips. The baker’s case went to the Supreme Court in 2018 after refusing to make a wedding cake for a gay couple, 9News reported.

John Jackson did not immediately respond to TheDCNF’s request for comment. Grissom could not be reached.

Liberals willing to bend the rules 80 ways to Sunday as long as Dems are the beneficiaries
Next Post
Calling all men: Freedom requires overwatch 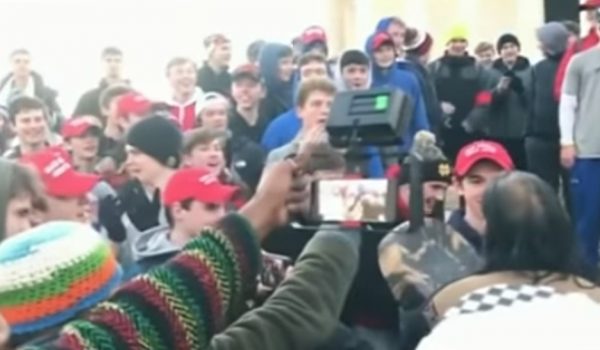