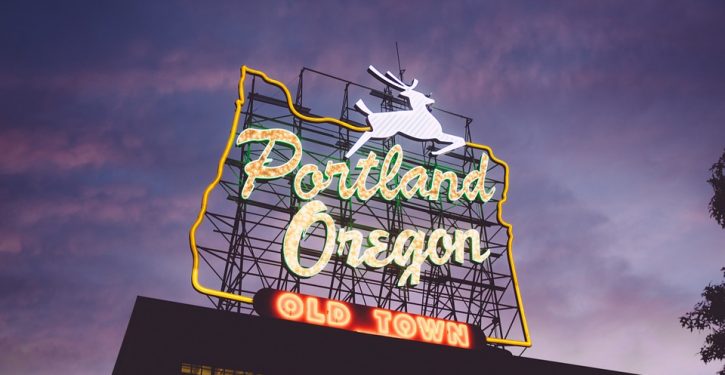 Man, them white supremacists sure are a cagey bunch! Leave it to them to dream up a way to get blacks to move out of “the hood” so the whiteys can gobble up the real estate.

That, according to the Portland, Ore. branch of the NAACP, is what is going on in the city.

The Associated Press reports via The Washington Examiner:

A new city policy requiring public signs on brick buildings warning they might collapse in an earthquake is part of a long history of white supremacy aimed at forcing black people to move out of neighborhoods, the NAACP of Portland … says.

The group on Thursday decried the policy affecting some 1,600 unreinforced masonry buildings that are on average 90 years old, many in areas with a predominantly black population, The Oregonian/OregonLive reports.

The policy “exacerbates a long history of systemic and structural betrayals of trust and policies of displacement, demolition, and dispossession predicated on classism, racism, and white supremacy,” the group said.

The NAACP said the policy will make it tougher for owners of brick buildings to get loans and will discourage investment. It says that means buildings will have to be sold, and that developers will demolish and redevelop, increasing the cost to live there and forcing current residents out.

So let’s see if we can make sense of this. Portland is ninth among American cities most susceptible to earthquakes. A prediction made in 2015 warned Portlanders that “a big one” was coming and that “everything west of Interstate 5 [would] be toast” when the quake hit.

According to case studies:

The type of construction that causes the most fatal injuries in earthquakes is unreinforced brick, stone, or concrete buildings that tend not to be flexible and to collapse when shaken.

… Strangely, both unreinforced masonry and shock-resistant wood houses are used by different cultures in areas of high earthquake risk.

How ever did whites persuade blacks to inhabit these parts of the city knowing that decades later the city would erect signs warning about earthquakes, which would adversely impact property values?

The media falsely claim the Right is obsessed with Ocasio-Cortez dancing video
Next Post
On campaign trail, Elizabeth Warren asked why she took DNA test. Get a load of her answer.