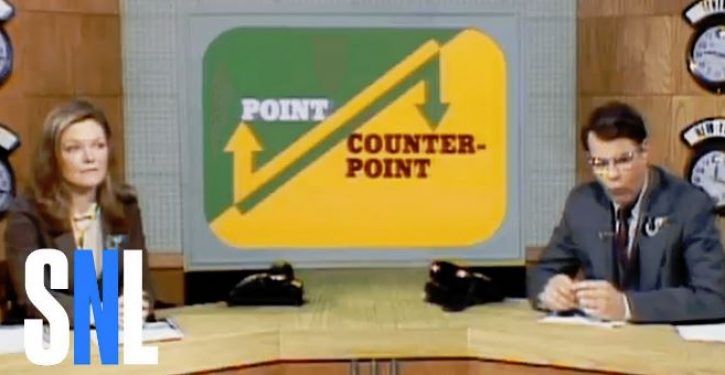 If the name Jane Curtin is unfamiliar to you, you shouldn’t berate yourself unduly. Curtin, whose real claim to fame was as one of the original cast members on Saturday Night Live back when the show was funny, has worked sporadically in the years since.

That didn’t prevent CNN last night from including Curtin among celebrities to share their New Year’s resolutions on live TV. So what was Curtin’s? Watch:

Happy New Year to all! Even the haters and losers! ???? pic.twitter.com/Gkqd7AV6T8

It is unlikely that CNN had a problem with Curtin’s uncivil resolution since the network shares the same goal. Over the past year, CNN missed no opportunity to defame or wish ill to the Republican party and its members. In May, they committed what at one time was the Democrat’s deadliest sin, tweeting out an image of Donald Trump with cross hairs superimposed over it. In July, the network claimed that a grass roots movement to #WalkAway from Democratic Party was a Russian bot campaign designed to help Republicans hurt their ideological rival.

What is perhaps saddest about Curtin’s pernicious message is that one of her regular gigs on SNL was a parody of a long-running segment on “60 Minutes” called “Point-Counterpoint.” In it she played the straight-laced liberal to Dan Aykroyd’s brash Republican and would always appear hurt and indignant every time Aykroyd uttered his tag line “Jane, you ignorant slut.”

Now Democrats have no qualms about hurling insults, including death wishes, at their ideological counterparts. Only now it’s not in jest.