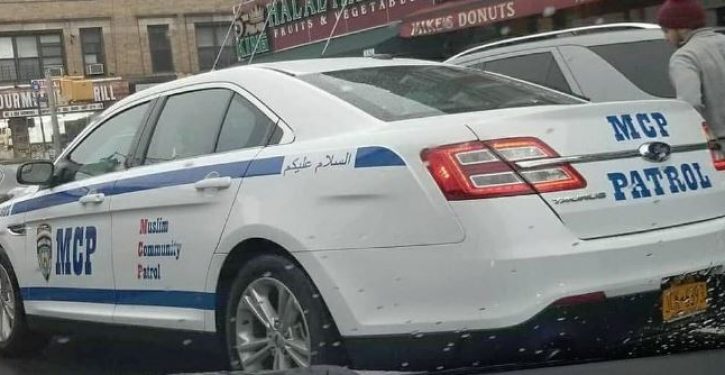 There’s something different about those new police cars patrolling the streets of New York City. They look a lot like your standard NYPD cruisers. They are Ford Tauruses painted white with blue trim. They have the same departmental insignia, followed by the same familiar blue lettering.

But there is still something amiss. If you study hard, you notice it: Instead of NYPD spelled out on the front doors, these cars have the letters MCP. And in place of the CPR acronym on the rear doors, standing for “Courtesy, Professionalism, Respect,” these cars again have MCP, this time fleshed out to read “Muslim Community Patrol.”

MCP (Image: Twitter via LU Staff)According to the New York Post, the group behind the security detail is based in Staten Island and is patrolling Muslim enclaves in the city.

This is not the first time a religious group in the city has organized a security detail or had its own fleet of patrol cars. The Post notes that New York’s Orthodox Jewish and Asian communities have private security details. But the vehicles they dispatch aren’t quite as much ringers for NYPD cruisers.

The larger concern among New Yorkers, however, is the fear that the MCP represents “creeping Sharia” in the Big Apple. They point to the example of East London’s Muslim patrol, which has targeted adults who dare to drink alcohol and women, who in their estimate, aren’t dressed modestly enough. 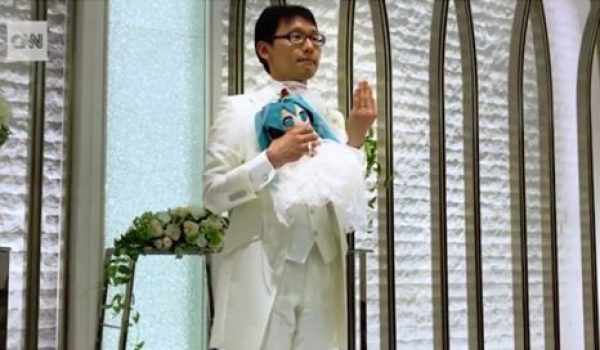