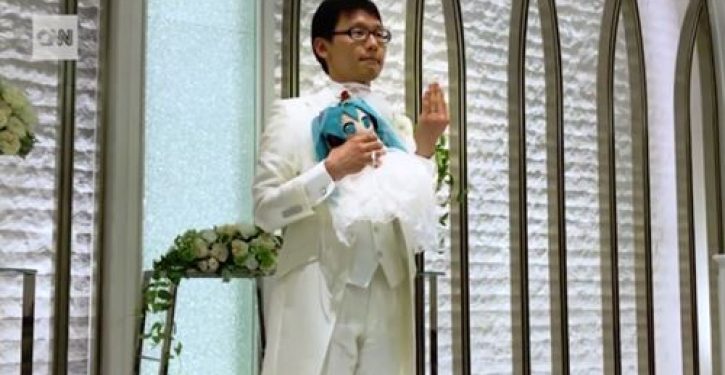 “I now pronounce you man and hologram.” Presumably some declaration of that sort, in Japanese, culminated the nuptials of Akihiko Kondo, a school administrator, and the hologram he married, according to CNN.

Kondo’s November wedding to cyber celebrity Hatsune Miku — which is not legally recognized — provoked mixed reactions in Japan and abroad. Some were dumbfounded by his choice of a three-dimensional laser image over a human. Others congratulated him.

But the 35-year-old, whose spartan home on the outskirts of Tokyo is dotted with plush Miku dolls and paraphernalia, doesn’t care what others think. He simply did what made him happy.

“Society pressures you to follow a certain formula for love, but it might not make you happy,” Kondo told CNN.

The holographic image, which floats inside a clear cylinder, comes equipped with artificial intelligence, making it possible for the newlyweds to exchange simple greetings. Miku also has the ability to switch the lights off, though not for a romantic encounter. CNN explains, the hologram “has no sense of self and desires, and Kondo completely controls the romantic narrative.” Then again, the holographic is “subject to glitches and the occasional system meltdown,” which sounds a lot like a conventional marriage. 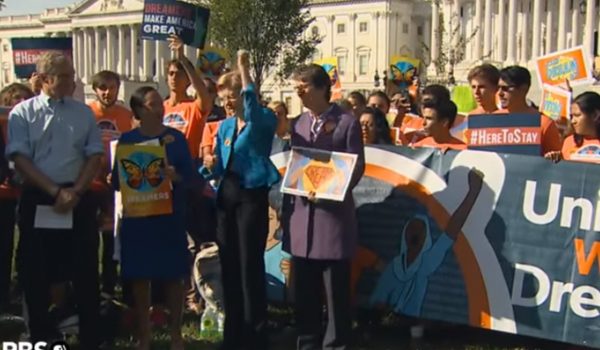