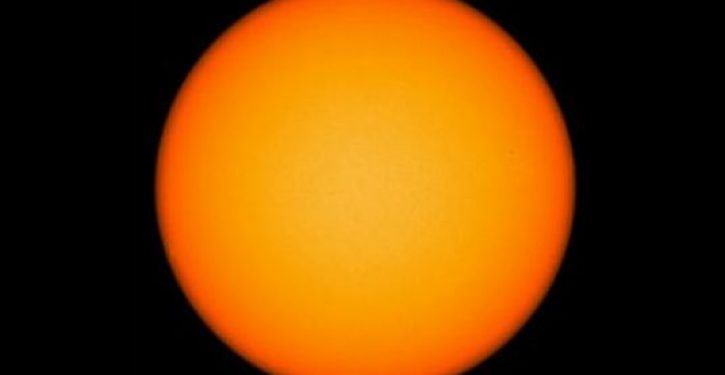 The face of solar sloth.

Two studies are in counterpoint here, one from a decade ago and one from just recently, published in 2018.  The studies had different purposes: one was to observe and analyze naturally occurring phenomena; the other was to consider a proposed active measure for countering “global warming.”  The studies therefore aren’t contradictory, per se.  But to see both of them getting public attention, at a time when they would indicate different advisable policy courses, is to be reminded that science doesn’t tell us what to do.  We, with our limited vision, politics, and sometimes nutty priorities, tell science what to ask about.

Here’s our situation.  In September 2009, Danish climate science expert Henrik Svensmark published an article in the Danish paper Jyllands-Posten discussing research on the climate effects of a deep solar minimum, or period of extremely low electromagnetic activity by the sun.  Anthony Watts’s website Watts Up with That had an approved translation of the article posted a few days after it came out.  (H/t: Pure Climate Skeptic)

Many readers will be aware that we are experiencing a deep solar minimum right now.  Solar minimums occur on an 11-year cycle; what makes a series of them especially deep – a “grand solar minimum” – is if the intervening solar maximums don’t get very maximal.  This widely used graph shows the most recent minimum and maximum, in cycle number 24, compared to the previous two.

Some scientists predict we are entering a grand minimum that will be the deepest one in 400 years, or perhaps even longer.  See this graph depicting the Maunder Minimum in the 17th century, which inaugurated the “Little Ice Age” that lasted into the mid-19th century.

The research Svensmark discussed in 2009 is significant because it goes beyond the theory that radiant heat from the sun is the decisive effect in the transitions between warming periods after sun activity has increased, and cooling periods after it has declined.  If radiant effects from the sun’s energy are the focus, they don’t appear to be a uniquely strong driver of temperature trends on Earth.  Says Svensmark:

Satellite measurements have shown that the variations of solar radiation are too small to explain climate change.

But the research Svensmark referred to looks at an active sun’s electromagnetic effect in shielding Earth from the impact of the larger universe.  In particular, the study tested for a physical link between cosmic rays bombarding Earth and the increase or decrease of cloud cover, which correlates strongly with temperature.

The study found that there is such a link.  The emphasis is added for a reason you’ll see in a moment.

When the Sun is active, its magnetic field is better at shielding us against the cosmic rays coming from outer space, before they reach our planet. By regulating the Earth’s cloud cover, the Sun can turn the temperature up and down. High solar activity means fewer clouds and a warmer world. Low solar activity and poorer shielding against cosmic rays result in increased cloud cover and hence a cooling. …

[I]t was said that a link between clouds and solar activity could not be correct, because no physical mechanism was known. But in 2006, after many years of work, we completed experiments at DTU Space that demonstrated the existence of a physical mechanism. The cosmic rays help to form aerosols, which are the seeds for cloud formation.

Then came the criticism that the mechanism we found in the laboratory could not work in the real atmosphere, and therefore had no practical significance. We have just rejected that criticism emphatically.

It turns out that the Sun itself performs what might be called natural experiments. Giant solar eruptions can cause the cosmic ray intensity on earth to dive suddenly over a few days. In the days following an eruption, cloud cover can fall by about 4 per cent. And the amount of liquid water in cloud droplets is reduced by almost 7 per cent. Here is a very large effect – indeed so great that in popular terms the Earth’s clouds originate in space.

Svensmark and his fellow researchers were confident in demonstrating a link that could be replicated, occurred naturally, and had explanatory value for the observed climate sequence: cooler periods following solar minimums.

Fast-forward to 2018.  We remain in a deepening solar minimum.

The sun, as the president might say, is as quiet as you wouldn’t believe.  That would mean we’ll be feeling more of the effects from the larger universe, including the formation of aerosols from the high incidence of cosmic rays, and the consequent formation of greater cloud cover.

Meanwhile, the overall slight warming trend since satellite measurements began in the late 1970s may have continued, if we can rely on temperature data that’s often revised and always being manipulated, for reasons good and bad.

But in the context of longer-term temperature trends, the warming is neither unprecedented nor demonstrably the result primarily of human activity.  This slight warming trend may actually be advantageous as a counterweight to the cooling trend we can expect from a deepening solar minimum in the coming decades.

In light of these factors, it’s fascinating to see what a research team from Harvard and Yale has just proposed.  They suggest they’ve got our answer to address global warming.  And the answer is to promote increased cloud cover, and “dim the sun” – by putting aerosols into the atmosphere.

Research from scientists at Harvard and Yale universities was recently published in a journal called Environmental Research Letters which proposes using a technique called stratospheric aerosol injection to fight against climate change. The proposed technique would see scientists launching sulfate particles into the Earth’s lower stratosphere at altitudes up 12 miles high.

Note that the Harvard-Yale study in effect endorses one of the key assumptions of Henrik Svensmark: that aerosols promoting cloud cover correlate with lower subsequent temperatures on Earth.

But the different researchers take opposite paths from that common premise.

The study cited by Svensmark suggests we have no need to inject aerosols at all.  If anything, we may find ourselves with an embarrassment of aerosol wealth in the coming years, and a sun dimmer than we’d like.

The Harvard-Yale team appears to take no note of that possibility — it’s not the study’s focus to determine comparative necessity for aerosol injection — and proposes precisely the injection of aerosols.  A core premise of their approach seems to be, in effect, that the impact of the sun will be as good as constant for climate purposes unless we do something to dim it.  (The Harvard-Yale study is focused on the much more interesting question of how to heave “hundreds of thousands to millions of tons of material [e.g., SO2] each year to altitudes up to ~20 km” above the earth’s surface.  Two words stand out: “naval rifle.” Who wants to hear from solar minimums when there’s a debate over naval rifles happening?)

But since the sun’s energy activity and output are cyclical, with meaningful variations along the cycle — rather than constant at a given level — the injection proposal seems at the least to require some kind of reference to solar conditions.

Blasting sulfates into the stratosphere starts out sounding like the beginning of a global apocalypse movie, and goes downhill from there.  The premise of it is the opposite of what Svensmark’s study suggests: that we’ll shortly have too much aerosol on our hands.  Instead of shouting “Fire!” at naval rifles, we’ll be gnashing our teeth because it’s A.D. 536 again.

I suggest a policy pause to get these things sorted out.  We live in interesting times.