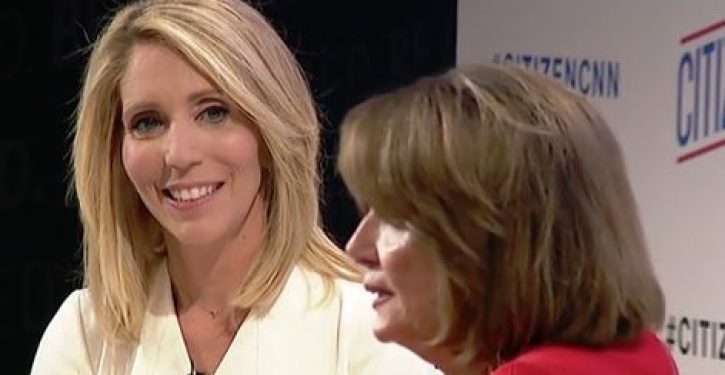 In Aristophanes’s fifth-century B.C. play “Lysistrata,” the title character is a tough-minded broad (there is no other way to describe it) who convinces the women of warring Greek city states to withhold their sexual favors until the men in their lives negotiate peace.

The play was intended as a comedy, but that hasn’t stopped Wednesday Martin — a CNN contributor and author of the book “UNTRUE: Why Nearly Everything We Believe About Women, Lust, and Infidelity Is Wrong and How the New Science Can Set Us Free” — from recommending that American women in the year 2018 employ the same tactic as a bargaining chip as midterm elections approach.

Sex and status are linked. Where men have the tightest grip on resources and power, our society (including the women in their lives) will prioritize their pleasure — and create false narratives about what women deserve, sexually and otherwise. To wit: in 2018, the number of female CEOs of US Fortune 500 companies dropped 25%, to 24 women total among hundreds of men leading industry, tech, manufacturing, and other sectors. On a more workaday level, according to World Bank data cited by TheGlobalEconomy.com the US ranks an unimpressive 76th out of 180 countries worldwide for female labor force participation.

From there Martin engages in a little fantasy (the non-sexual kind):

[T]he idea of a sex strike suggests exciting possibilities beyond the bedroom. What would not just sex but the world look like if we prioritized what women want in every sex act? How might the political, social, and sexual landscapes all shift if we acknowledged that in many cases, the server is unsatisfied — and actually believed it was important to set things right?

This is in effect sanctioning blackmail (in a number of states, “denial of consortium” is grounds for divorce) but it is also hopelessly sexist, reducing women to the status of sex dolls. So much for the feminist beef about women being objectified. Not since Hillary Clinton declared that women voted against her in 2016 because of “fathers, husbands, boyfriends, and male bosses” has the cause of sexual equality sustained a bigger black eye.