Democratic Sen. Cory Booker of New Jersey responded to Republican Sen. John Cornyn of Texas on Saturday after the duo got into a heated exchange two days earlier during the Senate Judiciary Committee hearing on the confirmation of Judge Brett Kavanaugh.

Speaking at the Texas Democrats’ Johnson-Jordan Dinner in Austin, Booker dismissed the patriotic importance of American symbolism, a topic that has been ripping through Texas, asserting that “it’s not how loud you say the pledge of allegiance or whether you stand or kneel for the national anthem,” but rather how much one loves other Americans. (RELATED: Ted Cruz Fires Back In Defense Of The National Anthem With New Ad)

“You cannot love your country unless you love your fellow countrymen. And that’s hard in this context. It is very hard. The calls to tribalism in our country are louder than they’ve ever been,” Booker told the crowd. “I hear people judging folks just because of what party they say they’re in.”

Taking a veiled shot at Cornyn, Booker called out the senior Texas senator, proclaiming his love for his fellow colleague while defending his combative resistance.

“I’m never going to let any American pull me so low as to hate them. I don’t care if you’re the president of the United States. I don’t care if you’re the senior senator from the state of Texas,” Booker continued. “You are my fellow American. I will fight your policy. I will resist your broken ideas. But I will love you as a fellow American.” (RELATED: Sen. Cornyn Mocks Booker’s Presidential Ambitions)

The response came after Cornyn condemned Booker on Thursday for seemingly releasing confidential documents regarding Kavanaugh’s record and touting his violation of Senate rules. After Booker referred to himself as “Spartacus,” Cornyn mocked the transgression as an attempt win credibility with Democrats for his 2020 presidential ambitions.

Booker began his speech by thanking the Texas Democrats for welcoming him despite his spat with the Texas senator, claiming that the crowd “saved me from the misperception I got this week that Texas didn’t like me and wanted me out of the Senate.” 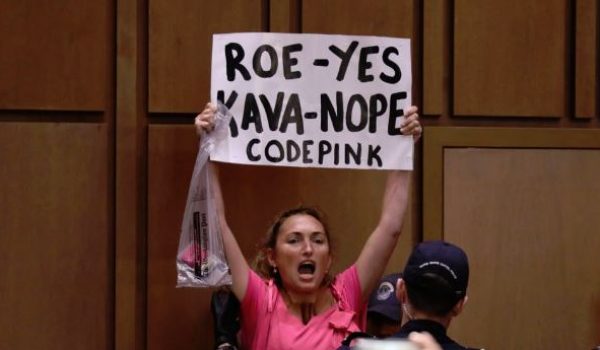 Libs use Kavanaugh remarks taken out of context to attack him on contraception
Next Post
Liberal wunderkind David Hogg tells Canadians he thinks they can donate to U.S. politicians