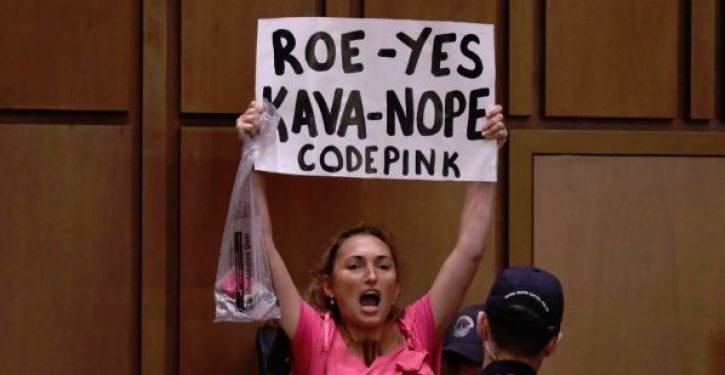 Senate Democrats and liberal interest groups opposed to Supreme Court nominee Brett Kavanaugh are arguing the judge should not be confirmed in view of comments he made during his confirmation hearing characterizing ordinary contraceptives as “abortion-inducing drugs.”

The full context of Kavanaugh’s remarks does not suggest that he views contraceptives as abortifacients, though some progressives used edited renditions of his statement to create that impression.

The discussion of contraceptives arose when GOP Sen. Ted Cruz of Texas asked Kavanaugh about a dissent he wrote in a case called Priests for Life v. U.S. Department of Health and Human Services, a First Amendment challenge to the Affordable Care Act’s contraception mandate. Though Obamacare includes an opt-out provision for religious groups with moral objections to birth control, the plaintiffs in Priests for Life argued the fix was inadequate and still burdened their religious beliefs.

“It was a technical matter of filing out a form in that case,” Kavanaugh told Cruz. “But they said filling out the form would make them complicit in the provision of the abortion-inducing drugs that they were, as a religious matter, objected to.”

Democratic Sen. Kamala Harris of California tweeted a selectively edited video of the judge’s remarks, which exclude the words “they said” from his statement, creating the impression that the phrase “abortion-inducing drugs” reflected Kavanaugh’s own considered opinion, and not those of the Catholic priests challenging the contraception mandate.

Kavanaugh chooses his words very carefully, and this is a dog whistle for going after birth control. He was nominated for the purpose of taking away a woman’s constitutionally protected right to make her own health care decisions. Make no mistake – this is about punishing women. pic.twitter.com/zkBjXzIvQI

Planned Parenthood issued a press release attacking Kavanaugh in view of the remarks, which similarly cleaved the words “they said” from his statement. A spokesperson for the organization later called the omission an error.

Kavanaugh allies quickly pointed out that the judge was not sharing his personal views, but describing the arguments of the Priests for Life.

“Judge Kavanaugh was plainly describing the parties’ arguments in the case, not stating his own views,” former Kavanaugh clerk Travis Lenker told CNN. “That’s why he used the words ‘they said’ — words that are being conveniently omitted from the quotation lifted out of context.”

Kavanaugh’s word choice at the hearing tracks closely with his presentation of the facts in his Priests for Life dissent, where he clearly attributes beliefs about the supposed abortifacient effect of certain contraceptives to the plaintiffs.

“They complain that submitting the required form contravenes their religious beliefs because doing so, in their view, makes them complicit in providing coverage for contraceptives, including some that they believe operate as abortifacients,” he wrote.

As a general matter, judges typically use the same vocabulary as the parties when writing orders and rulings in cases.

Even though he’s not running, Obama adds fresh ammunition to the ‘basket of deplorables’ meme
Next Post
Cory Booker lectures John Cornyn (and his fellow Americans): ‘I will love you’