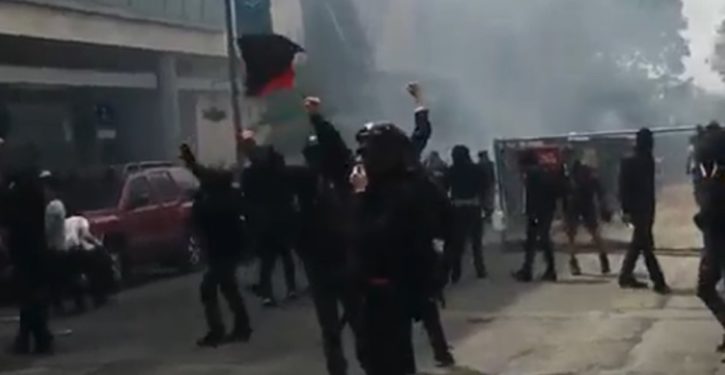 We have made 17 arrests, and, if necessary, we will continue to make more. We're also continuing to confiscate weapons. pic.twitter.com/xJVYrdD2ag

According to the police, the number of Antifa counter-protesters arrested is now twenty, “most of them for possession of banned weapons in parks, and on streets and sidewalks. Dozens of weapons were confiscated.”

Even though there were many hundreds of people, many of whom came armed and hostile, there were no significant injuries to anyone in the public or to City staff. The lack of injuries is fortunate given that extremists threw explosives at Berkeley Police and Alameda County Sheriff’s Office mutual aid officers. Berkeley Fire treated and released three members of the public for minor injuries.

We are confiscating weapons and making arrests. pic.twitter.com/YisxhW4FM0

Soon after the arrest, the Berkeley PD posted the information about those arrested, along with their mugshots.

Liberals were not happy about the PD’s posting.

“This is very disturbing,” said Veena Dubal, a University of California law professor and former Berkeley police review commissioner. “It seems like a public-shaming exercise, which is not the role of the police department … They are making it really accessible for folks who might wish these people harm to locate them.”

“It really seemed to us like the Berkeley police department was there to … target the anti-fascist protesters,” said Jay Kim, executive director of the National Lawyers Guild’s local chapter, which is assisting those arrested. Police appeared to be taking in protesters “at random” and for arbitrary reasons, in some cases with spurious claims about weapons, she said.

“It really indicates a complete lack of concern around people’s safety,” said Zoé Samudzi, a local activist who is helping raise money for the arrested people’s legal fees. “That’s a practice that I can’t even begin to wrap my head around … They have been really accommodating of fascists.”

Targeting the anti-fascist Antifa? They were targeting violence, and Antifa was committing violence.

Some of the violence was recorded by Ford Fischer:

No police were around as the black bloc traveled down the street, and a handful used hammers to smash the windows of Shattuck Ave US Marine Corps Recruiting office. pic.twitter.com/YeBwEJvopV

Note: By the term “Black Bloc” Fischer was referring to their clothes, not their race.

After I filmed the antifa break the Marine Corps office window and throw a torch into a dumpster, one of them called a few over to confront me. They basically told me to leave, implying attack if I didn't. I left.

"Get the fuck back. Cops aren't here. They won't help you." pic.twitter.com/7m8WkNmOy9

The ironic thing about the mugshots is that Antifa cowards tend to cover their faces with masks.  Thanks to the Berkeley PD we get to see some of their faces.

Was the Berkeley Police Department justified in posting the information? Somebody doesn’t think so, because the pictures were taken down (although their information remains):

As mentioned before, posting the pictures of those arrested is a common practice of the Berkeley Police.  Here are two non-Antifa examples:

Arrested and booked into the Berkeley City Jail was Daniel Ramos-Mora 24, Berkeley homeless, for lewd conduct, peeping, and a probation violation.https://t.co/0hfUr6iFkC pic.twitter.com/uTwh1Ag35Z

These and other cases are still up on Twitter. The truth is that the only reason for the liberal freakout was to protect Antifa.  Local community papers have been publishing pictures of people arrested for serious crimes for years. The Berkeley posting was not a matter of targeting Antifa, it was about warning the community about people in their midst who might be dangerous, and possibly getting more information about a crime.

I have no problem with what the Berkeley Police did….do you? Let me know your opinion in the comments section. 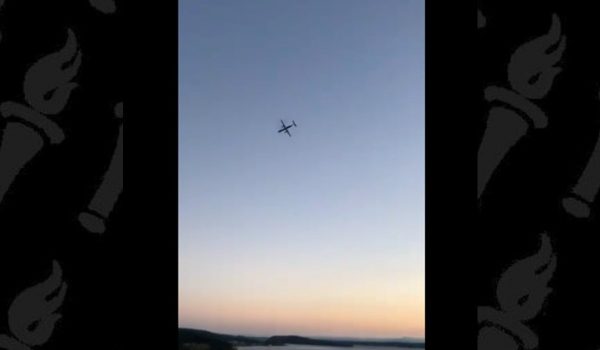 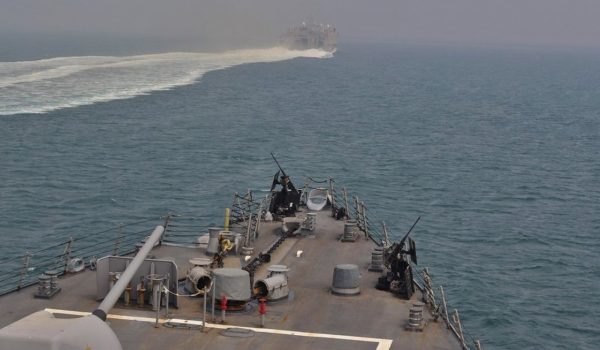