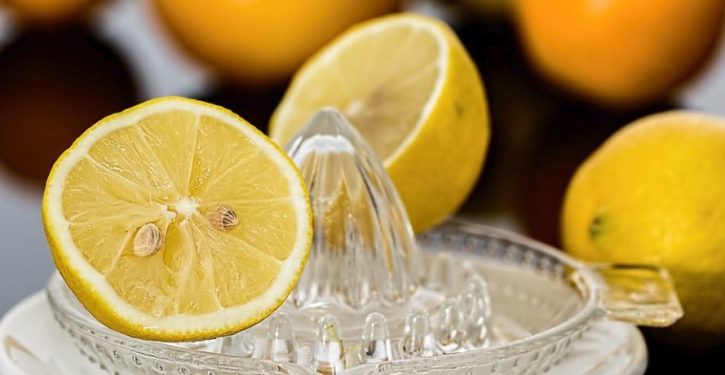 When life gives you lemons, rob a lemonade stand.

In what is unarguably a new low for the human species, a child running a lemonade stand in Monroe, N.C.  was robbed at what appeared to be gunpoint by a teenager who absconded with the day’s proceeds. Talk about taking candy from a baby!

If you need something to get that foul taste out of your mouth, be advised that police are taking the theft seriously. From the Associated Press:

A teenager who held up a North Carolina lemonade stand for $17 was still at large Monday, and authorities said they hoped to track him through surveillance footage and possible DNA and fingerprint tests.

Neighbors were asked to check their home security cameras for possible clues, said Union County Sheriff’s Office spokesman Tony Underwood. He said a camouflage hat and BB pistol found along with a metal cash box was found in some nearby woods and could be checked for fingerprints and DNA. The 9-year-old lemonade vendor said a teenager wearing a similar hat and a black shirt pointed a black handgun at him and took his cash box Saturday afternoon in Monroe, about 30 miles (50 kilometers) southeast of Charlotte.

Neighbor Kelly Smith said she noticed the boy’s stand with its yellow sign offering “organic lemonade” at a traffic roundabout at the entrance to her planned community as she left to pick up her daughter at taekwondo class. She said she intended on patronizing the boy’s business when she returned, only to find him gone and a half-dozen patrol cars on her street.

“It’s heart-wrenching. That little boy will never be the same,” Smith said.

So far, that prediction has not been realized. Happily, the child set up a new lemonade stand at a neighborhood pool the next and is reported as having done a brisk business.

No, Chuck Todd, Trump does not limit the ‘stupid’ label strictly to black opponents
Next Post
Cartoon of the Day: Unfit to print 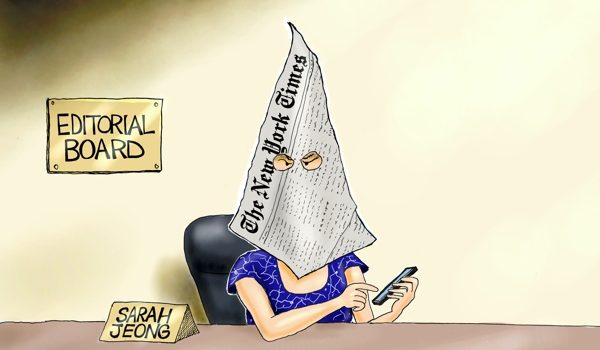