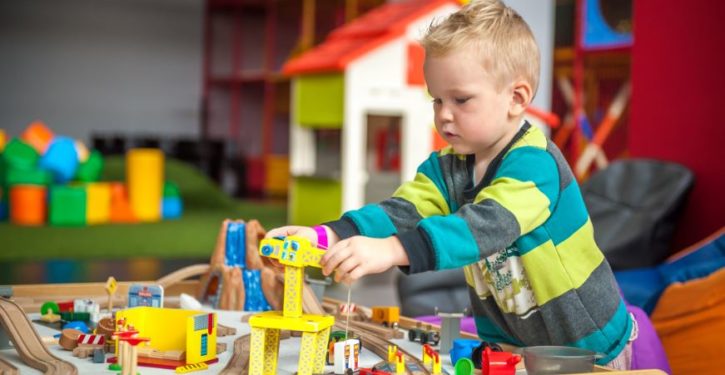 Biden’s Build Back Better Act will make day care more expensive for taxpayers and millions of parents, as Casey Mulligan explains in the Wall Street Journal:

The bill’s latest draft proposes to reinvent child care with a trifecta of cost-increasing forces. First, it would remove much of the incentive to offer lower-cost care. Millions of families would have their child-care expenses capped by statute, which means they’d pay the same at an expensive facility as at a cheaper one. Providers would quickly discover that lower prices no longer are much of a competitive advantage. Moreover, the providers would be reimbursed extra for what Congress calls “quality,” which is a euphemism for having more staff per child. The history of rate regulation is that cost-plus schemes result in needless waste and higher prices for consumers without quality improvements.

Second, providers would need extra staff to comprehend and comply with all the new statutes, certifications and agency rules. Just as physicians complain about paperwork eating up time that could be spent with patients, child-care providers will lose time they could be spending with kids.

Third, the bill imposes “living wage” regulations on staff pay. In a study for the Committee to Unleash Prosperity, I estimate these regulations alone would add 80% to child-care costs.

“If the ‘Build Back Better’ plan passes in the most recently published form, virtually every middle-class family will see their childcare costs go through the roof, while severely limiting options,” notes Larry Fine. “The Democrats’ “Build Back Better” proposals for childcare represent a disastrous step in the ongoing government takeover of the sector – raising care costs, creating dependence, and instilling incentives against work and earning more income along the way,” says economist Ryan Bourne.

As Bourne observes, “Despite a stated goal of making childcare more affordable, the legislation would make it more expensive.” This is because

Bourne says this would create perverse incentives for people to work less: “For households, the program creates big disincentives to work or earn more income….Matt Bruenig, a supporter of childcare subsidies, has shown that the way the program would be phased in over three years would create even more egregious work incentives in the near-term.”

…the median household income last year in the country was $67,521. If this was your state’s median income, then having a family income just $1 higher than that would result in you being ineligible for childcare subsidies in 2022 even as the unsubsidized price of child care skyrockets due to the wage and other mandates in the Democratic proposal….