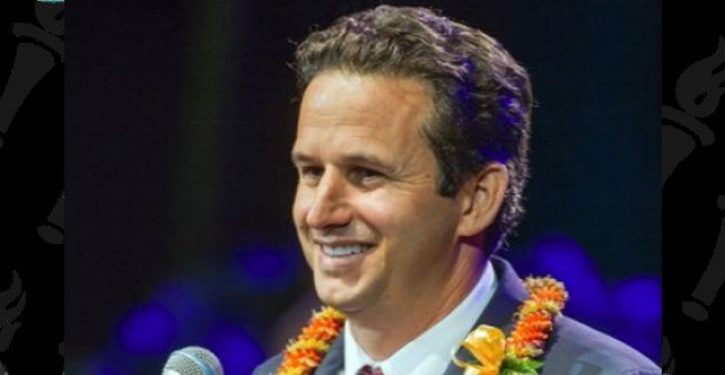 There is no question that the nation is in need of healing. But before that can happen, Americans on both sides of the political divide need to be willing to have an honest conversation.

Sadly, there is fresh evidence that the Left is not ready to take that step. It comes in the form of a tweet by Sen. Brian Schatz (D-Hawaii) in which he shares his reaction to the boisterous Trump rally in Tampa on July 31. That was the event where CNN reporter Jim Acosta’s ego was mortally wounded by jeers and taunts from the audience, which also chanted “CNN sucks.”

Here’s a reflection of how Schatz’s mind processed the event:

We have no equivalent to the dark carnival that is a trump rally. This is not a thing on the left. We just argue about healthcare and climate and sometimes relitigate 2016 but we are not actually out of our minds.

It’s reminiscent of a prediction that far-left CNN commentator Sally Kohn made shortly after 9 o’clock on the night of the 2016 presidential election:

Evidently, in the world Sen. Schatz inhabits, that is precisely what has taken place in America in the 19 months since Donald Trump was elected president. The Left has calmly and rationally gone about its business, while Americans who support the president have been transformed into little foul-mouthed Trumplets.

Apparently, the words and actions of Trump haters have escaped the senator’s attention. Maybe he was on an important business call when actor Peter Fonda’s called for a mob to kidnap President Trump’s 11-year-old son and throw him in a cage with pedophiles. Or when a burned animal carcass was left on the porch of a Trump staffer. Or when a teenage Trump supporter was assaulted and had a drink thrown in his face for wearing an Make America Great Again hat, which the perpetrator stole.

Or maybe it’s simply that the senator gets his news from the mainstream media, which is just as clueless as he is. The day after the Trump rally, the Washington Post’s Margaret Sullivan warned that the president needs to take steps to counter the hostility at his rallies before something terrible happens.

Don’t forget: Someone was paying Steele to forward Trump-Russia allegations to the FBI in 2017
Next Post
One CNN reporter reveals a different view of Jim Acosta’s treatment at Trump rally. His name?