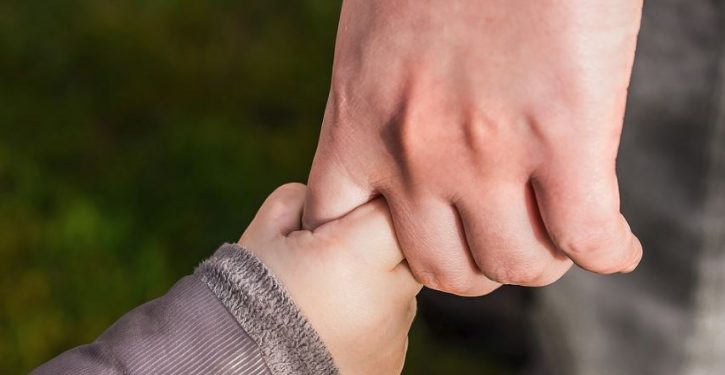 The decision by gays, lesbians, and bisexuals to invite transsexuals to join their quest for acceptance was obviously a no-brainer. Sure, people who claim they were born into the wrong body are delusional according to the best scientific evidence, but ultimately they are harmless. Besides what movement that relies on public protests to get its message out can’t use a few more voices to help amplify its message?

Now the LGBT consortium finds itself being courted by a new class of victims. This would-be protected class calls itself “MAPs,” which is short for “Minor Attracted Person.” Society knows them better as pedophiles — sex predators who prey on children.

Like transsexuals, MAPs would like to be welcomed onto the LGBT bandwagon, so much so that they even designed their own flag for “pride month.”

PSA TO MINORS: IF YOU SEE THIS “””PRIDE””” FLAG ANYWHERE BE WARNED
this flag is for MAPs, which stands for minor attracted person(s)
THIS IS A FLAG FOR PEDOPHILES pic.twitter.com/agx2ryySqx

Unlike transsexuals, however, pedophiles come with baggage — much of extremely dangerous.

As the Daily Caller notes, MAPs have already taken a page out of the LGBT handbook, claiming that they are misunderstood and marginalized, “and that as long as their attraction to children is not acted upon —  or in some cases when they get permission from the child[!] — that they should not be villainized.”

So will they be welcome into the fold, and if not, by what justification? The LGBT community, like the progressive movement of which they are a subset, professes to champion — nay, to be the embodiment of — tolerance and acceptance. How can they slam the door on a group whose perversion will be the next to be sanitized by the American Psychiatric Association’s Diagnostic and Statistical Manual of Mental Disorders?

Nancy Pelosi announces her position on impeachment in event Democrats take back the House
Next Post
U.S. says ready to keep Strait of Hormuz open in face of Iranian threat. It would be a different fight this time