Hundreds of pages of emails and text messages released from the Department of Justice’s (DOJ) special counsel’s office through a Freedom of Information Act (FOIA) request show an ongoing close relationship between Robert Mueller’s team and the press, according to an investigation by The Daily Caller News Foundation.

The documents, released in September, span months of communication and include messages from reporters ranging from a variety of outlets, including TheDCNF, The Washington Post, and BuzzFeed.

While the vast majority of correspondences between Mueller spokesman Peter Carr and a variety of journalists ends with a “no comment,” the messages as a whole reveal that Mueller’s team was willing to meet with a number of reporters in private meetings and over the phone.

The New York Times ran a story in August poking fun at the secrecy of the special counsel, with one reporter writing that Carr’s “‘no comment’ replies have become a running dark joke among the Washington press corps.”

But on July 21st, 2017, Adam Goldman of The New York Times sent an email to Carr about arranging a “touch base” meeting, according to documents provided by the DOJ.

That meeting was later rescheduled, but it is just one in a pattern of meetings and private calls from reporters jockeying for opportunities to solicit information from an investigation that has been labeled as “leak proof” from the press.

Ironically, Vox was one of those exact outlets that proclaimed Mueller’s team as immune to leaks — despite one of its reporters communicating extensively with Carr via text.

During one interaction, Alex Ward asked Carr off the record if the investigation would continue in the event President Donald Trump fired Mueller.

“As guidance only, the [Deputy Attorney General] testified last week that he, not the President, would be the one to make the decision. 28 CFR 600 outlines under what circumstances a Special Counsel can be removed. If it came to that, a replacement would likely be found,” Carr answered.

A day later, Carr aided Ward in describing the room in which the investigation takes place. Despite Carr’s assistance, he is never mentioned in Ward’s piece published over a month later.

From late July until the end of September 2017, Carr held at least dozens of meetings with various reporters. Those meetings have rarely been discussed with the public, by both the government or the press, until the release of these documents.

TheDCNF could not find any evidence of impropriety by Mueller’s office, nor any evidence that Carr favored specific outlets.

Regardless, the messages document hours of conversations and meetings between a spokesman involved in a politicized investigation and reporters eager to cover for him in hopes of further access.

Other messages released by the DOJ illustrate more awkward interactions, showing how some reporters will even undermine colleagues in order to build trust in their relationship with the special counsel’s office.

CNN’s Evan Perez, who had extensive conversations with Carr from at least May through August 2017, expressed frustration at a story co-authored by the network’s White House correspondent Jim Acosta.

After sending Carr a link to the story — which alleged that Mueller and the New York attorney general were working together on a probe into Paul Manafort based on “a source familiar with the investigation” — Perez lamented that “this is the kind of story that happens because of the situation we are in right now.” (RELATED: Manafort Cooperating With Mueller After Plea Deal)

“I had nothing to do with it. Didn’t see it until after it was published. I would not have published that. But I’m also in a poor position to stop things,” Perez said of Acosta’s reporting.

Perez then communicated concern that the story could damage the validity of the special counsel’s investigation because of the attorney general’s politics.

“By the way, this story and the pick up its [sic] getting makes it so the public will think Mueller is in bed with (one of) the most partisan left-leaning AG in the nation. I’m sure he has good people working there but the leadership has a pretty partisan agenda,” Perez said to Carr.

“Maybe that’s what the Special Counsel wants,” he added.

A month later, Perez ran a follow-up story on the Mueller investigation, prompting Carr to offer a phone call in case he needed any additional information or clarifications.

Quote of the Day: I believe Dr. Blasey Ford because she’s telling the truth
Next Post
More Dems who ‘believe,’ plus latest demands by Kavanaugh accuser 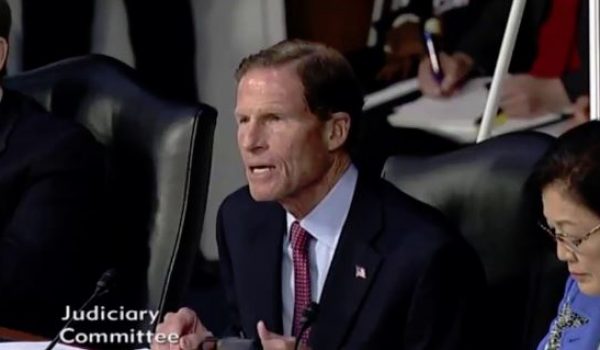