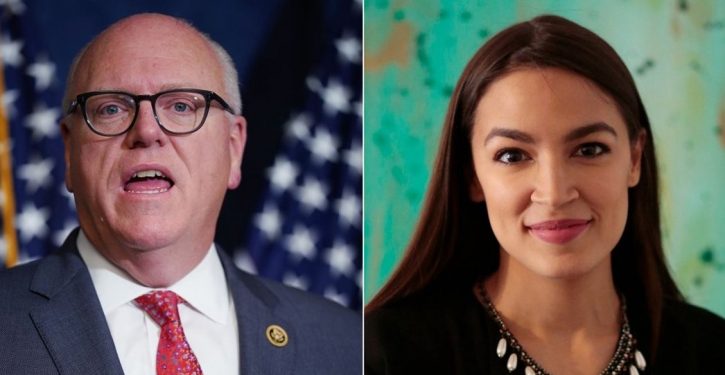 This is naturally the story of the night from the 26 June primaries in seven states.  Democratic Socialist Alexandria Ocasio-Cortez, 28, defeated 10-term Congressman Joe Crowley – Democratic Caucus chair and widely thought to be a likely replacement for Nancy Pelosi – in a primary contest that wasn’t even close.

Ocasio-Cortez was a Bernie supporter in 2016, and a member of Democratic Socialists of America. Her platform, containing no surprises, is below.

THIS is the platform that won tonight in #NY14

NY 14 has a D+29 Cook PVI,making it the 39th most liberal leaning district in the country.

This means that we could have AT LEAST 40 congresspeople like #AOCC2018 , who can campaign on these issues and win, EASILY. pic.twitter.com/OhDFd037Yd

Ocasio-Cortez’s backers are understandably thrilled.  Joe Crowley doesn’t seem to have been much fazed by his loss; he serenaded Ocasio-Cortez (literally), accompanying himself on the guitar, after making a concession speech that everyone has agreed was classy and civil.

Joe Crowley (@JoeCrowleyNY) is playing guitar and singing "Born to Run", dedicated to the candidate who just primaried him, Alexandria Ocasio-Cortez (@Ocasio2018)

So what happened here?  For all the analytical chatter going on right now, and some valid points being made, I think it pretty much boils down to this: turnout.  It’s what’s behind the turnout that should interest us.

NY-14 is in deep blue Queens, and Crowley, described as the boss of the Democratic machine in Queens, hasn’t had to really campaign there since he first got elected.  (Which he did in a different, pre-2010-Census district.  His first election in the current NY-14 was in 2012.)

That’s one of the reasons being advanced for both his lackadaisical campaign and the low turnout (also described as “piss-poor” and “abysmal”).

Turnout in the #NY14 Democratic primary seems absolutely abysmal. It looks like no more than 25,000 voters will have showed up. Nonetheless, Alexandria Ocasio-Cortez will be the youngest woman ever elected to Congress in November. pic.twitter.com/lHuxQv6KaS

But with the numbers Tuesday night so low, in a district that hasn’t seen a meaningful primary for a long time – see parenthesis – it seems facile to look only at specific, proximate factors.  (Democrat Carolyn Maloney represented big chunks of the current NY-14 territory prior to 2012.  She now represents NY-12; during her years representing the old NY-14, she won a series of overwhelming victories and was considered to hold a safe seat.  Crowley’s status has been the same, until 2018.)

That’s with 97% of the vote counted.  The combined total as folks head for bed on the East coast is less than 28,000.

The general election totals for NY-14 from previous election years (after the latest redistricting):

The striking thing, therefore, is that there is so little interest from ordinary Democrats in a race in which their long-time representative is being primaried.  In the current NY-14, Crowley has never gotten fewer than 50,000 votes.  On Tuesday night, he could barely get within spitting distance of 12,000, meaning he could have been beaten with only a handful more than that.

The big thing we’re seeing here is not a sudden swerve to the left by Democrats – and certainly not by America as a whole.  It’s a loss of identity and relevance in the Democratic Party itself.

Unlike Ocasio-Cortez, the legacy Democrats aren’t bothering to have a memorable platform in 2018.  Their agenda is pretty much to scold and condemn Republicans, and in particular, to rail against Trump.  Ocasio-Cortez’s platform can’t compel the interest of most Americans, but it can, in its own right, energize a small base.  That was all Ocasio-Cortez needed on Tuesday.

The legacy Democrats didn’t have even that – at least not in the political and demographic conditions of NY-14.  It’s food for thought, certainly.

One tweep put it this way.

And there’s a sense in which that is true.  But I wouldn’t get too excited about the center not holding.  It’s not as if the Democratic Socialists have broad appeal, or a hope of actually transforming Congress.  I give the legacy Democratic leadership credit for understanding that a high-speed turn even further left is not a viable plan for them.

Americans won’t, in fact, vote as if voting for the Ocasio-Cortez agenda leads magically to getting the things on it.  Most Americans still understand that there is no sense or reason in such a list of proclamations.  It is literally impossible for voting or government action to confer these things on us, and the legacy Democrats know that pretending it’s possible is not the future of a survivable Democratic Party.

I don’t wish ill to Ms. Ocasio-Cortez, by any means, but I predict that she will either mainstream quickly in Congress (thus disappointing her socialist supporters) or not get elected more than once.  There was a bit of humor to this tweet after her victory Tuesday night:

To get the crowd to quiet down at the @Ocasio2018 victory party, the speaker is yelling mic check — crowd yelling back mic check.

For you kids, this is from Occupy.

Occupy is coming to Congress.

The shouted repetition thing is called a “human microphone,” in which a leader calls out words, slogans, even sentences, and the crowd responds by shouting them in response.  It was used widely by the Occupy protesters, and has been a staple of far-left protests since the late 1990s.  (Back in the 2011-12 timeframe, there were videos of some witty human-microphone leaders getting their crowds to automatically repeat nonsense, obscenities, and politically incorrect phrases.)

But it’s idiotic, and Americans aren’t going to be impressed by it if Ocasio-Cortez’s supporters try to introduce it on Capitol Hill.

Republicans are profoundly divided on some things – social issues, immigration, national security policy, trade – but on both sides of that divide, there are actual ideas and concepts to shape policy preferences.  For the Democrats, the concern is more that votes are bleeding off to the left (the socialists) and the right (MAGA Democrats), because the party itself is now mainly about keeping its own infrastructure in power, and in much of the country, as a generator of meaningful, relevant political energy, it is verging on existential collapse.

Mitt Romney won his primary for the Senate seat in Utah.  Presumably he will be headed for Washington in January.  It’s hard to see a Democratic opponent beating him in Utah.  (His opponent is Jenny Wilson, a member of the Salt Lake County Council.)

In Oklahoma, a cast of well-known names has advanced toward the gubernatorial contest in November.  Republicans Mick Cornett and Kevin Stitt will compete in a runoff as the top two vote-getters in an unusually broad field.  (The surprise here would be Lt. Governor Todd Lamb coming in third behind businessman Stitt, who is running as an outsider.  Cornett was the long-time mayor of Oklahoma City.)  Democrat Drew Edmondson – a very usual suspect – had little trouble beating out Connie Johnson.

In Colorado, Democrat Jared Polis and Republican Walker Stapleton will face off in the governor’s race November.  The race is likely to be a tight one; Colorado tends to be more purple than full-on blue, and both candidates beat a handful of challengers with similar vote totals (the slight edge going to Polis).

In the Maryland gubernatorial race, a big field of aspiring Democrats is now winnowed down to Ben Jealous, former NAACP president, who knocked off eight other contenders and will take on Republican incumbent Larry Hogan in November.

Incumbent U.S. Senator Ben Cardin also fended off the challenge from Chelsea Manning, who garnered 6% of the primary vote.  Cardin, a Democrat, is expected to sail to another win in November. 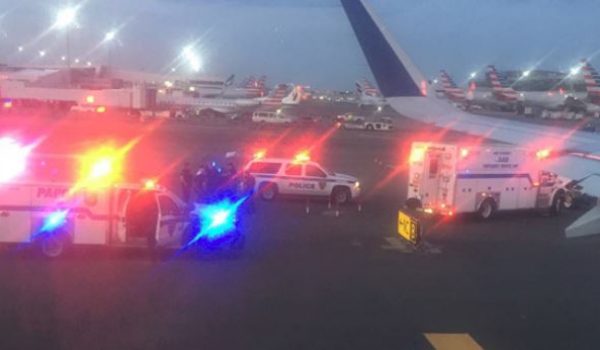