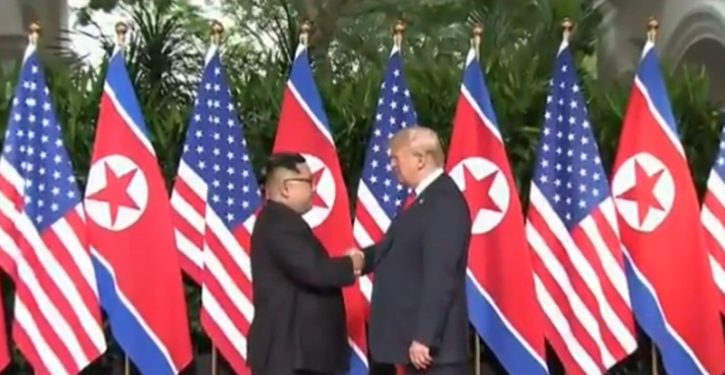 No, not The Onion. After much of the mainstream media, including CNN, spent the morning speculating about the likely negative future implications of Donald Trump’s historic meeting in Singapore with Kim Jong-un, CNN turned its attention to lunch. Not to their own midday meal but to what the two leaders and their advisers ate. The Hill has the complete menu:

The meal started with appetizers of a prawn cocktail with avocado salad, as well as a green mango kerabu rice dish with lime honey dressing and fresh octopus.

The main course included beef short rib confit served with potato dauphinoise and steamed broccoli, and red wine sauce on the side. There was also sweet-and-sour crispy pork and Yangzhou fried rice with homemade chili sauce, as well as soy-braised cod with radish and Asian vegetables.

It sounds like an effort was made to cater to the dining habits of the two principals. President Trump, as we have observed in the past, is a shrimp cocktail and meat-and-potatoes kind of guy. I don’t have a window on Kim’s specific food preferences, but it sounds as though the Asian-themed items were intended for his dining pleasure.

So what was CNN’s take on the working lunch? Watch:

CNN complains about the food on the menu at the #TrumpKimSummit pic.twitter.com/CuiiWtCStc

It might be hard to imagine a panel of so-called journalists devoting an entire segment to a critical appraisal of a meal served to two world leaders as they parlay on nuclear disarmament, but there you have it.

Then again, CNN seems to be fixated on what Trump eats. In May 2017, the network reported that the president received two scoops of ice cream for dessert while everyone else around the table got just one scoop.

Earlier the same year, The Washington Post grumbled that Trump’s first dinner as president was an “overcooked $54 steak” (he ordered it well done) which he ate “with ketchup.” Heavens!

Who cares if he can persuade Kim to disarm? He has terrible eating habits! 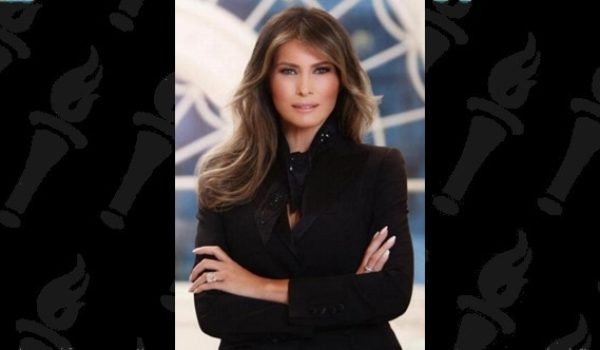