The story, which may turn out to be nothing more than a tantalizing conspiracy theory, centers on the claim that Hossein Jaberi Ansari, a spokesman for Iran’s Foreign Ministry, recently issued the following ultimatum to “Western officials”: Bring pressure to bear on the Trump administration following its pull-out from the Joint Comprehensive Plan of Action (aka, nuke deal with Iran), or we’ll leak the names of all Western officials who accepted bribes to pass the deal.

The sources of the claim are Raman Ghavami, a Middle East analyst and writer for the “Jerusalem Post,” and an Iranian-American journalist living in Brooklyn named Banafsheh Pour’Zand, who tweeted respectively:

H.J.Ansari Zarif’s senior advisor: “If Europeans stop trading with Iran and don’t put pressure on US then we will reveal which western politicians and how much money they had received during nuclear negotiations to make #IranDeal happen.”
That would be interesting.#JCPOA

Yesterday, Jim Hoft of Gateway Pundit ran a post that references the tweets and asserts further that “on Saturday Kerry was spotted at a meeting with Iranian officials in Paris, France.”

So what evidence is there beyond these claims? A post on Facebook notes that Sen. Ted Cruz warned of such shenanigans in August 2016. The post contains a link to an article by the Washington Examiner’s Joel Gehrke that begins:

Sen. Ted Cruz, R-Texas, once again denounced the nuclear deal with Iran as an “illegitimate” agreement following news that President Obama gave the regime $400 million pertaining to an unrelated matter in conjunction with the release of four American hostages.

“It is nothing but a series of bribes and secret agreements that will do nothing to prevent Iran from reaching nuclear capability, yet will provide funding for their sponsorship of terrorism and encourage them to detain more of our citizens. This ‘deal’ should be ripped to shreds immediately before more damage is done.” [Emphasis added]

Cruz’s claim, again unsubstantiated, could be viewed as proof that money changed hands. It would certainly explain the Obama team’s eagerness  to consummate a deal that made enormous concessions to Iran while offering the U.S. nothing beyond hollow promises.

At the same time, the article, which was published nearly two years ago, could have been fuel for the rumor. 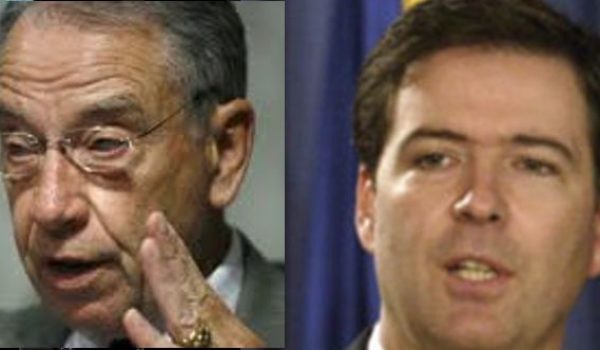