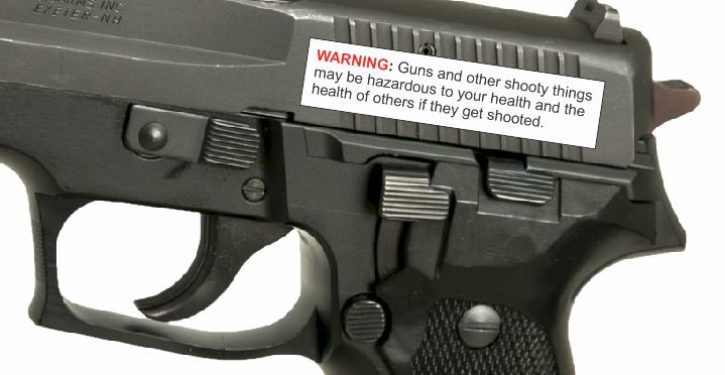 It seems that David Hogg, the foul-mouthed teenage demagogue recently dubbed the “king of the snowflakes,” is now a health expert. Early Friday morning, he issued a tweet to the Centers for Disease Control, suggesting that guns have warning labels just like cigarettes.

“@CDCgov,” he tweeted, y’all should look into having health warning labels on guns like they have on cigarettes and also being able to fund research into gun violance [sic] would be nice. Thanks.”

So how, exactly, would Hogg like the warning label to read?

More generally, I would submit that anyone who needs a warning label telling him that guns, if used improperly, can and will cause bodily harm and possibly death probably shouldn’t be anywhere near a firearm.

Honey, I support the fact your participating in the political arena and actively working towards a cause you feel strongly in, but think before you post. Health labels on guns? Come on now….. it takes away the legitimacy of your objective.

maybe labels would be a stretch for you..????? pic.twitter.com/UI6DQxWOpb

Another promoted the liberal conspiracy theory that Russia laundered money to Republicans through the NRA:

Please maximize this picture of NRA Headquarters. It shows how massive this corrupt organization is. It is illegal for foreign entities to contribute to our electoral campaigns. Solution: Russia gives 30.6 million to NRA who immediately deposits it into tRump campaign coffers. pic.twitter.com/gp8NyqCQMH

As for funding research, NPR reported:

Instead of completely shutting down the National Center for Injury Prevention and Control, (Dr. Mark) Rosenberg says Congress presented the Dickey Amendment as a compromise. But the center’s budget was eventually cut by $2.5 million, and Rosenberg was fired in 1999.

Jay Dickey, the Republican congressman from Arkansas who spearheaded the legislation, told NPR in 2015 that he regretted his role in pushing through the provision.

“It wasn’t necessary that all research stop,” Dickey said. “It just couldn’t be the collection of data so that they can advocate gun control. That’s all we were talking about. But for some reason, it just stopped altogether.”

Back in February, Health and Human Services Secretary Alex Azar told a congressional hearing that the Dickey Amendment only prohibits the CDC from advocating for gun control and does not block research altogether. But that’s not the talking point being used by Hogg and others working to restrict the Second Amendment.

“Last month,” NPR further said in April 2018, “Congress passed a spending bill that included language giving the Centers for Disease Control and Prevention the authority to resume gun-related studies, but some researchers are skeptical anything will change without funding. The Democrats wrote that part of the bill in order to reverse the Dickey Amendment of 1996, which many believe virtually halted all research on gun violence.”

And NRA spokesman Lars Dalseide said, “Anyone who thinks there’s a lack of researchers studying firearms has been ignoring the headlines.”

He also told the Boston Globe:

The fact is, a number of studies are released every year. While most are tainted with preconceived outcomes in search of supporting data, there is plenty of funding in that arena.

Apparently, Hogg didn’t get the memo. 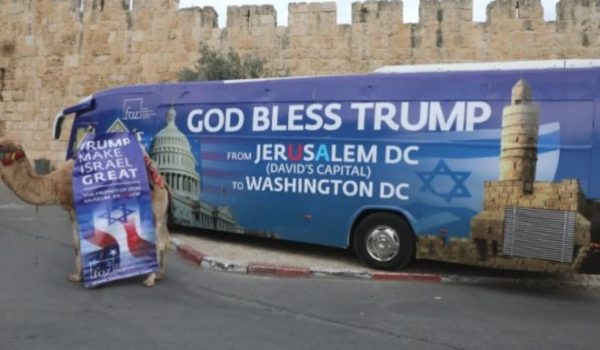 Israel goes gaga for Trump as U.S. embassy in Jerusalem prepares to open for business
Next Post
Has Iran threatened to ‘out’ names of ‘Western officials’ who took bribes to pass nuke deal?