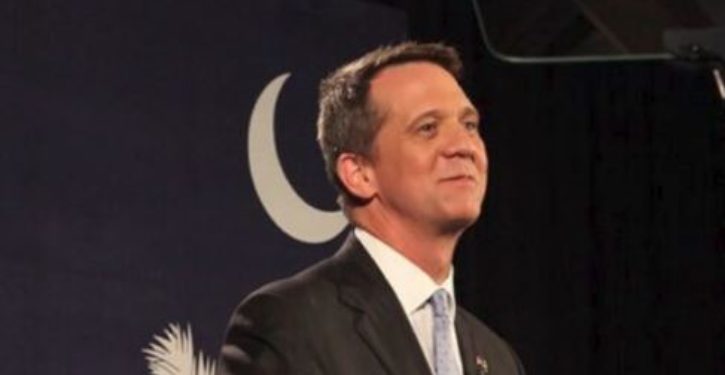 A Democrat running for governor on his military and small business bona fides may have used his disabled veteran status to obtain government contracts and then hand off the work to non-veteran owned entities, a government audit found.

James Smith, a candidate for South Carolina governor in the state’s June 12 primary election, is a representative in the state legislature, serves in the National Guard, and runs a law firm in Columbia. He also finds time to operate the Congaree Group, a small company that has received millions of dollars in federal contracts. The company operates out of the same office as his law firm.

The firm boasted the capability to do everything from distributing pharmaceuticals to parking hundreds of cars per day as part of valet services at massive hospitals — all with Smith telling Department of Veterans Affairs (VA) officials he was its only employee, a 2013 document from the VA’s Center for Veterans Enterprise (CVE) shows.

“It appears that [Smith] uses his [disabled veteran] status to secure VA set-aside contracts and pass the performance of such contracts to various non-Veteran entities,” the audit said, according to the VA’s findings. “Such conduct is prohibited.”

Smith worked 35 hours for the Conagree Group and also found time to represent his constituents and practice law, the South Carolina candidate told the VA.

The VA revoked the company’s ability to obtain contracts reserved for veterans, but the agency reversed that decision after Smith appealed, spokeswoman Miller said.

“The complaint was appealed and it was overturned and they’ve been renewed two times since then,” Miller told TheDCNF. Indeed, in March 2018, the VA said it intended to award a new valet-parking contract at the Augusta, Ga., hospital to Congaree.

Miller would not say on what basis the VA reversed the audit’s initial finding that Smith’s company was improperly connecting major non-veteran companies with contracts reserved for veterans in exchange for a financial cut.

Yet the evidence gathered in that audit, including from Smith’s own website, shows he used Congaree as a pass-through company to help non-veteran businesses.

The Congaree Group’s website boasted the company said it had “strategic alliances” that helped other businesses meet “government mandates” for government work set aside for disabled veterans, the audit noted.

When it came to pharmaceuticals, the audit showed language from Smith’s website at the time:

You can order these products from Congaree Pharma … but the product is drop shipped from BDI Pharma’s warehouse directly to you. The Congaree Group, Congaree Pharma, has the ability through our Service Disabled Veteran Owned Small Business (SDVOSB) designation to broker the government contracts that will ensure your company’s future stronghold in the marketplace.

[A] credible basis exists to question the concern’s dependence on non-Veteran entities. It appears that [Smith] offers to broker access to his SDVOSB status for the benefit of non-Veteran entities … [Smith] does not have the specialty skills required to perform on several of the contracts he has secured.

“The Congaree Group currently holds contracts for pharmaceutical sales, medical equipment sales, and valet parking services, worth a total of over $1,000,000,” the audit continued. “It is reasonable to conclude that the Congaree Group functions as a middleman to enable various non-Veteran entities like BDI Pharma to secure the actual contract. Therefore, it appears that undue dependence exists due to the Congaree Group’s business relationships with non-Veteran entities in contravention of 28 CFR 74.4(i)(4).

In June 2013, the VA’s public affairs office bragged about the service the valet firm offered, which it called “The Congaree Group and Ambassadors Plus,” and said it began work at the hospital June 1, 2013. Making no mention of Smith, the VA said the valet staff was led by Alex Latsko — whose LinkedIn profile shows he is an executive with Ambassador and makes no mention of Congaree.

Scrutiny over Smith’s use of his veteran status comes as he is part of a new wave of Democratic candidates, like Conor Lamb of Pennsylvania, who are touting moderate positions and a military background to win elections in Republican-held districts.

Set-aside programs are intended to help disadvantaged owners become experts in their particular fields, not just experts in handling the paperwork around winning government contracts, the government says.

Abuse of set-aside veterans contracts — known as rent-a-vet — is a multi-million dollar problem in the federal government and sometimes results in criminal prosecutions. A “joint venture” between a veteran-owned company and a non-veteran company, for example, allegedly misrepresented that the veteran company was keeping most of the profits to defraud the government of more than $11 million in contracts, according to a 2017 Department of Justice indictment.

Congressional oversight bodies have faulted VA’s vigilance in policing fraud and banning offenders, however. The lack of enforcement left House members “flabbergasted” during a 2009 hearing, where one Democrat said, “these people are stealing,” according to Federal Computer Week.

TheDCNF asked for the paperwork showing on what grounds the VA had changed its mind about Congaree being a pass-through.

“I want to make sure we’re not providing something that doesn’t come back to … I don’t want anything to be misconstrued in any way,” Miller told TheDCNF. “I’m not promising we will get you anything; but if we do, I want to be specific in how we present it. We’ll see what we’re willing to do.”

“Smith, the top Democratic fundraiser in the race, did not release his tax returns with other candidates at the request of The Post and Courier last month but allowed reporters to review them Thursday,” The Post and Courier reported on May 3. It was not clear the company’s profits were included in what reporters reviewed.

Miller would not say what would happen to Congaree if Smith is elected governor.

TheDCNF asked Miller how, regardless of the VA’s determination, Congaree adds value for taxpayers versus companies like BIA Pharma and Alliance Valet simply doing business directly with the government.

“Smith does not trade off the fact the he is a wounded combat veteran,” Miller said.

Congaree has been litigious in pursuit of the government funds. In November 2017, it protested a decision to move the valet contractor for the Charleston, S.C., VA hospital from Conagree to a different firm. The Government Accountability Office denied the protest.

Smith’s law firm website also touts the way in which disabled-veteran status can be used to attain significant taxpayer funds. It says:

Congress has shaped a legislative framework providing veterans with a competitive advantage in federal contracting. These advantages include: 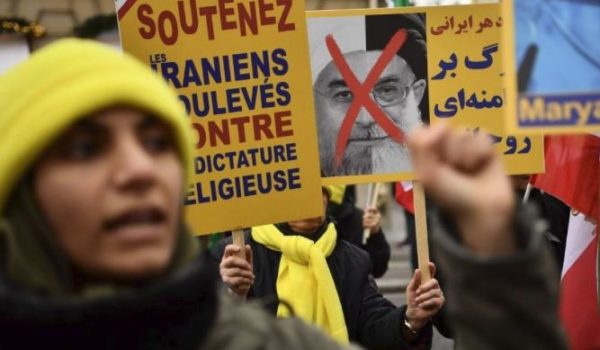 Next step for Trump is to support popular revolt in Iran that is now fomenting thanks to him
Next Post
Shooting reported at California high school; 14-year-old suspect in police custody