Federal agents raided an eastern Tennessee meatpacking facility on Thursday following a months-long investigation into allegations the owners were employing illegal aliebs to avoid paying millions of dollars in taxes, according to court records.

Agents with the IRS and Immigration and Customs Enforcement (ICE) served a search warrant at cattle slaughterhouse Southeastern Provisions, which has allegedly been hiring immigrants without work authorization since 2008 and hiding it from tax collectors.

Agents encountered 97 people working at the plant during the raid, ICE spokeswoman Tammy Spicer said in a statement Friday. Of those, 11 were arrested on criminal charges, while the remaining 86 were held pending immigration status checks. Ultimately, 54 workers were detained for further immigration proceedings, according to Spicer.

The raid comes as President Donald Trump’s administration has sought to more closely scrutinize companies that hire illegal immigrants or foreign nationals without proper work authorization. ICE Acting Director Thomas Homan said in 2017 he would make worksite enforcement investigations a priority, and his agency has since carried out several high-profile operations, including a nationwide audit of 7-Eleven stores that resulted in the arrest of 21 people in January.

The investigation into Southeastern Provisions began when Citizens Bank, where the Brantleys held accounts, notified authorities of suspiciously large cash withdrawals the company said were for “payroll,” according to the IRS affidavit. The Brantleys allegedly lied to the IRS about how much they paid themselves, filed false tax returns and exploited their employees, who were largely Hispanic illegal immigrants.

Immigration activists in Tennessee said the Southeastern Provision raid was the largest worksite enforcement operation under the Trump administration, reported The Associated Press. ICE declined to confirm that claim. 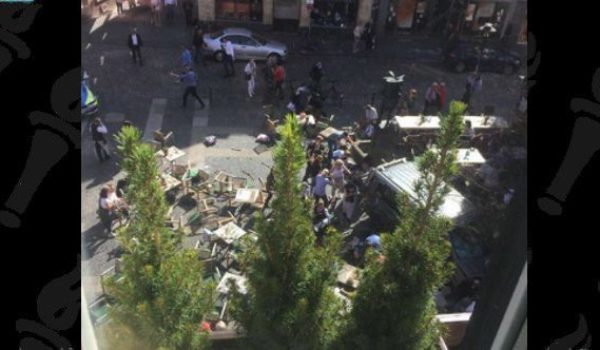